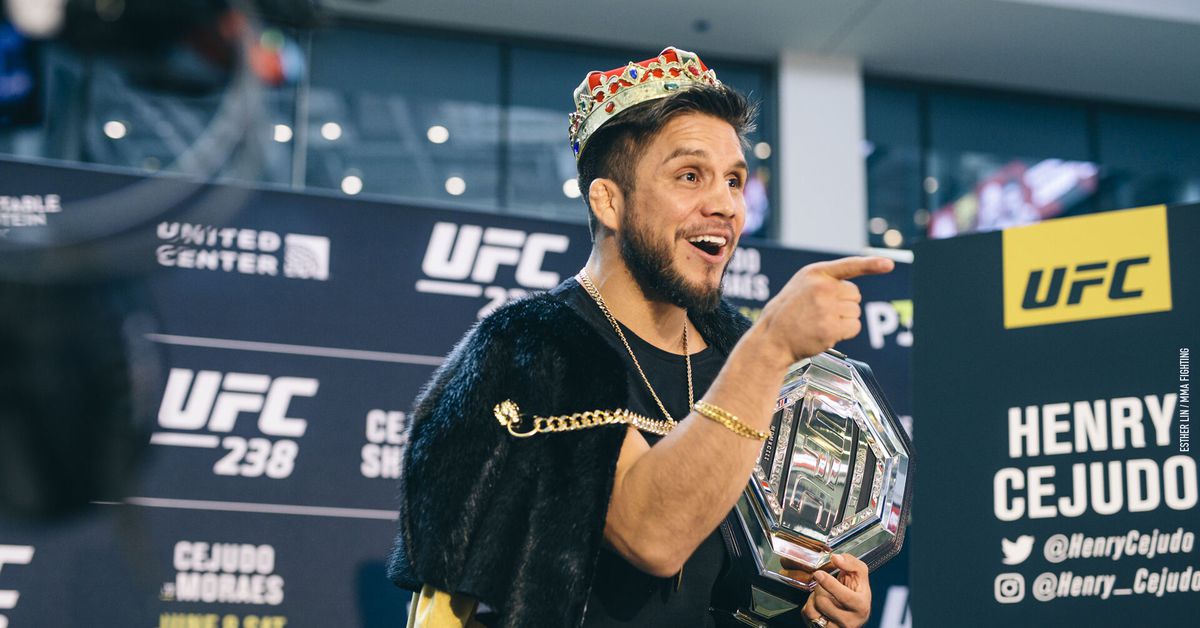 Henry Cejudo has completed six months of drug testing to become eligible to compete in the UFC again, and he’s targeting a title fight in his return to action after two years of retirement.

According to Cejudo’s manager, Ali Abdelaziz, the UFC has promised that his next fight will come against reigning bantamweight champion Aljamain Sterling – it’s just a matter of when the matchup will happen.

“He is fighting Aljamain Sterling,” Abdelaziz told MMA Fighting. “I love Aljamain. He’s like a friend, but Aljamain is fighting him. It’s a done deal. They just want to figure out when Aljamain is ready to fight. It’s simple.”

A source close to Sterling, who asked to remain anonymous to freely discuss the bout’s status, said the bantamweight champ hasn’t received any official offers for his next fight.

Cejudo has pushed for Sterling ever since the champ successfully defended his belt with a second-round TKO against T.J. Dillashaw at UFC 280 in October.

While fellow bantamweight contender Sean O’Malley is also in the mix as a potential opponent and has said his next fight will be for the title, Cejudo believes he’s the rightful challenger. Cejudo surrendered the 135-pound title when he retired, so he never lost the belt in a fight.

Cejudo ended his retirement in April when he re-entered the UFC’s anti-doping program with the United States Anti-Doping Agency, which required six months of clean tests before he was allowed to compete again.

As for Sterling, he’s said he wants to take some time off after a busy 2022 and hopes to return in mid-2023. The champ has noted O’Malley “actually earned” a title shot and added he’s “just not excited” about the Cejudo matchup.

But Cejudo will be waiting.

“Aljamain can wait as long as he wants,” Abdelaziz said. “It’s just going to give Henry more time to train and be more ready, and they’re going to fight. Anybody saying anything outside that is wrong.”

When Cejudo called it a career, he was a two-division champion after claiming both the bantamweight and flyweight titles. His impressive six-fight winning streak included victories over Demetrious Johnson, Dominick Cruz and Marlon Moraes.

While Sterling holds the current UFC bantamweight title, Abdelaziz said Cejudo will meet him in a champion versus champion fight when they finally clash.

“As far as I know it’s champion versus champion because Henry never lost the belt,” the manager said. “Henry will bring his belt to the press conference. Henry will talk to the media as the champion. Henry will be treated by the UFC as a champion. The only thing you might see different in the fight, maybe Henry will walk first, but Henry is the A-side in this, with all respect to Aljamain.”

If there’s been one concern about Cejudo’s return, it’s his level of commitment to the sport. He became a two-division UFC champion and then abruptly retired from the sport after a single defense in each weight class.

Abdelaziz promises Cejudo has long-term plans in place for his return to MMA, and the fight with Sterling is just the first goal of a longer list of accomplishments the Olympic gold medalist in wrestling wants to achieve now that he’s back.