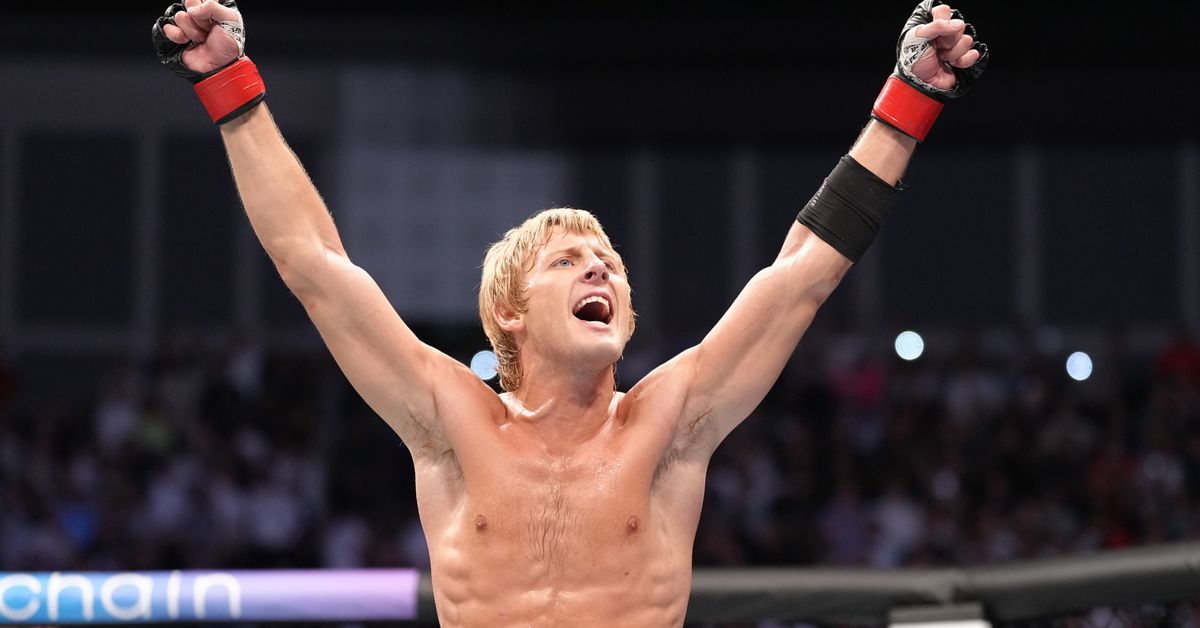 Paddy Pimblett feels like not all of Jake Paul’s pro boxing bouts are on the up and up.

Pimblett, who will face Jared Gordon in the co-main event of UFC 282, which takes place Dec. 10 at the T-Mobile Arena in Las Vegas, was asked about Paul, and the YouTube boxing scene in general, and while he thinks Paul is taking the sport seriously, “The Baddy” is not convinced Paul’s results haven’t been a bit pre-planned.

“They are a gang of idiots,” Pimblett said on Pub Talk. “I’ll give Jake Paul his due now, he’s training [so] much that he probably could beat professional boxers. He’s got unlimited funds and he hasn’t got to do anything else. He hasn’t got to go do a job, all he’s got to do is box. He gets the best coaches in, he gets the best nutritionists in, and stuff like that.

“Jake Paul is actually not that bad now, even though I think his fights are fixed.”

“I don’t think the Tyron Woodley knockout was fixed because when you get knocked out like that and you land face first, if you’re not unconscious you’re [going to put your arms out],” Pimblett explained. “You can’t help it, that’s a human reaction.

“But I seen an angle of a punch he hit Anderson Silva with the other day when he sat down, he didn’t even hit him.”

Pimblett is 3-0 with three finishes thus far in his UFC run, and will face his toughest opponent to date inside the octagon at the promotion’s final pay-per-view event of 2022.

When it comes to a potential opportunity to face a YouTube or social media boxer in the future, Pimblett is more interested in the boost of his bank account than a specific opponent.

“[I’ll fight] any of them, it’s an easy payday,” Pimblett said. “I don’t want to box any of them, I don’t care about them. I do this proper and professionally against some of the best fighters in the world. But if any of them want to pay me millions of pounds to beat them up, I’m all for it.”

On Tuesday, Paul responded to Pimblett, while offering him a sparring bet: if Pimblett wins, Paul will pay him $1 million. If Paul wins, Pimblett has to join the United Fighters Association — Paul’s newest venture in helping MMA fighters get better pay, benefits, and more.

Dear Paddy Pimblett, you claim my fights are rigged? Stop calling the GOAT Anderson Silva a criminal and come spar me.

You win, I give you $1 million. I win, you join the UFA. pic.twitter.com/jOFqcPdjnz