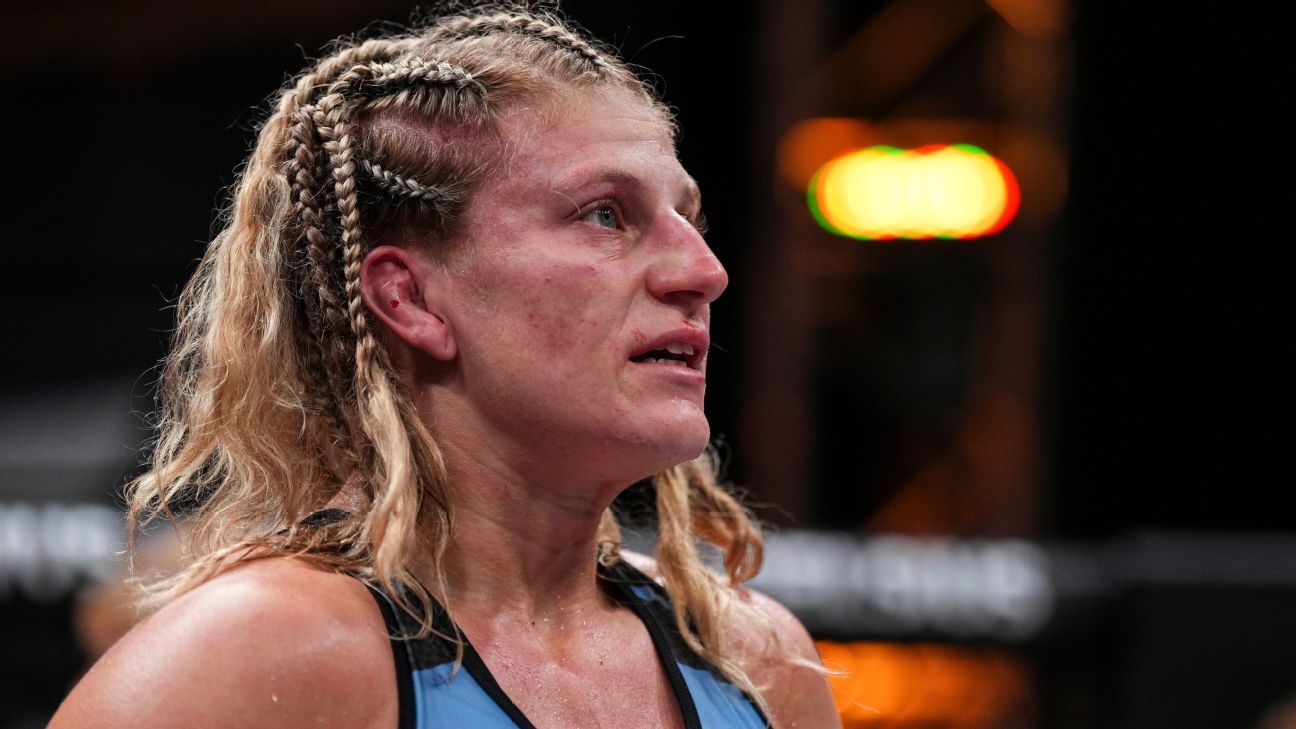 Harrison (15-1) was set to capture her third PFL championship in New York before she suffered a unanimous decision loss to Pacheco (18-4) — who she’d beaten twice previously. Before the fight, Harrison, 32, had made it clear she did not intend to compete in PFL’s season format in 2023 in order to pursue potential “superfights” against the likes of Justino (26-2).

On the surface, it would seem Harrison’s loss would hurt the likelihood of that matchup coming together — however, Davis told ESPN he believes the opposite.

Justino, 37, has fought exclusively in Bellator MMA since 2020, although she fought out of her most recent contract earlier this year. She is scheduled to appear in a professional boxing match against Gabrielle Holloway on Dec. 10 and has maintained PFL has never brought her a serious offer to face Harrison.

“I have never heard from PFL or anyone else since becoming a free agent,” Justino told ESPN’s Marc Raimondi. “Not a call. Not a text. Not a meeting.”

This isn’t the first time Davis has expressed interest in luring Justino into a fight with Harrison. In August, Davis posted an offer to Justino on social media consisting of a $1 million purse and $2 million win bonus for the proposed fight.

Justino claimed the offer never went beyond social media, although she did reference the offer on Twitter following Harrison’s loss.

PFL’s interest in the matchup makes sense, despite Harrison suffering her first professional loss. The company is committed to promoting two pay-per-view events in 2023 — events that will go beyond its main business of a regular season and playoffs format. Last week’s world championships were PFL’s first attempt into the PPV space. Davis declined to speak on specific PPV buy rates for the event but said the company viewed it as a success.

“Our top priority was to put on a premium product that everyone who bought the fights said, ‘I’m glad I bought it,’ and everyone who didn’t buy heard it was a great show and said, ‘I’m going to buy the next one,'” Davis said. “And on both of those, it was a success. People who bought it loved it. And the buzz around the fight has been the highest it’s ever been, no question.”

PFL’s 2023 season is scheduled to begin in April. As of now, it’s unclear what Harrison’s next move will be, although she’s already promised to return better than ever from the loss. Davis says the company hasn’t yet discussed the possibility of Harrison fighting Pacheco a fourth time but says he believes “Cyborg” is more of a possibility than ever before.

“PFL has offered that fight and Kayla has offered that fight,” Davis said. “We’ve offered the highest-guaranteed purse in female MMA history for that fight, and Cris Cyborg has refused. There is nothing standing in the way of that fight happening other than Cris Cyborg. If she wants to cement her legacy, make money and prove she’s better than Kayla Harrison in the cage instead of Twitter, she’d take the fight — because she’s the only reason it hasn’t happened.”