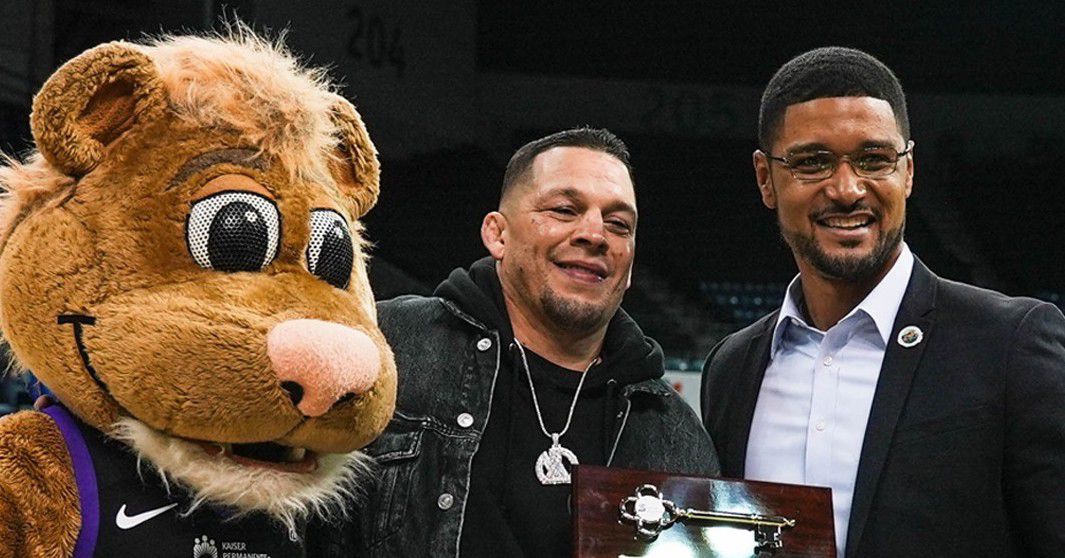 Nate Diaz is arguably Stockton’s most famous son and now he has some hardware to back that up.

On Saturday, Diaz was awarded a “key to the city” of his California hometown by Mayor Kevin J. Lincoln at a Stockton Kings game. The Kings — formerly known as the Bighorns based out of Reno, Nev., until 2018 — are the G-League affiliate of the NBA’s Sacramento Kings.

See photos and watch video of the ceremony here.

Throughout his 18-year fighting career, Diaz has frequently mentioned his Stockton roots. He and brother Nick have become icons in the community as they’ve found success in the UFC and Strikeforce among other notable promotions.

Diaz is currently a free agent, having fought out his contract at UFC 279 this past September with a submission win over Tony Ferguson. Wherever he ends up next, his hometown loyalty won’t waver.

“I want say it’s an honor, thank you very much to Stockton, California, for rocking with me,” Diaz said. “I’ve been rocking with Stockton this whole time … I’m going to be forever rocking Stockton, I ain’t going nowhere.”