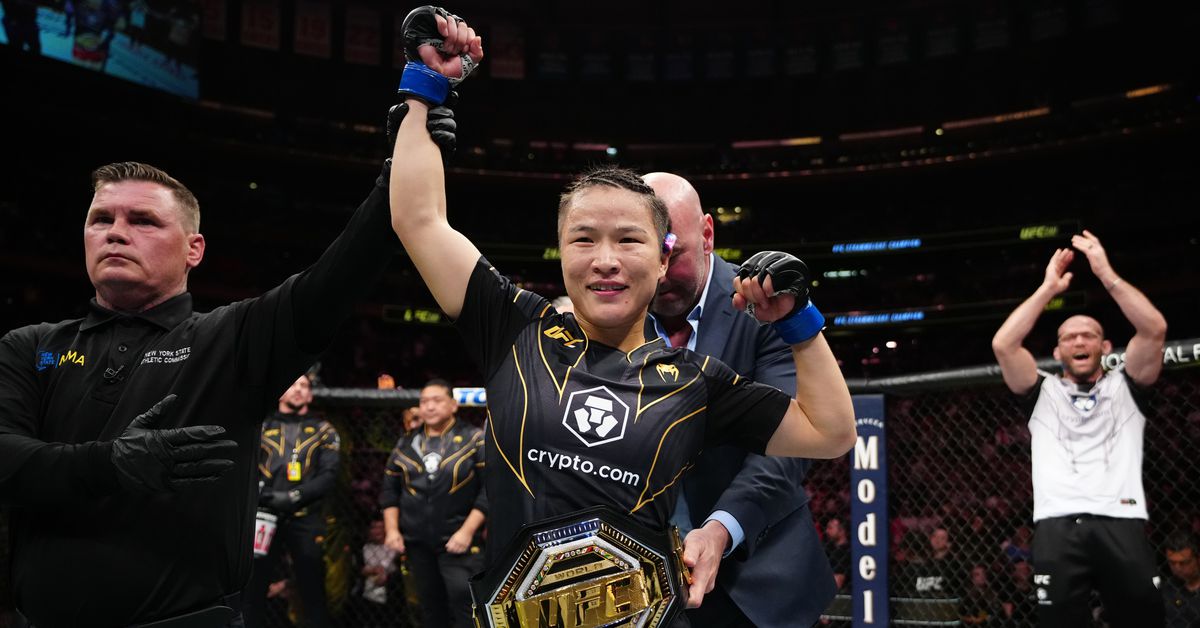 Zhang Weili would love to test her skills against flyweight queen Valentina Shevchenko.

Currently in her second reign as UFC strawweight champion, Zhang is not only the best in the world right now at 115 pounds, she is also currently No. 3 in the MMA Fighting Pound-for-Pound Rankings. Two spots ahead of her is Shevchenko, currently on a streak of eight straight championship fight wins.

Zhang has fought all of the top names in her division, so she’s excited at the prospect of someday moving up to fight Shevchenko. And she’s sure that it would be a crowd-pleaser as well.

“Yes. It’s a must, for sure,” Zhang said with assistance from a translator on The MMA Hour when asked if she was interested in fighting Shevchenko. “No question.”

“I thought about this a couple of years back,” she continued. “Eventually we will run into each other in the octagon because the weight divisions are so close.

“I don’t know for sure if I’ll take the belt away from her, but one thing I can guarantee is it’s going to be a banger if me and the champ get in the octagon. It will be a great performance, regardless of the outcome.”

Zhang hasn’t quite cleared out the strawweight division — a two-fight series with Rose Namajunas is currently 2-0 in Namajunas’ favor — but her dominant win at UFC 281 to reclaim the UFC title has only increased interest in a potential superfight between Zhang and Shevchenko.

Should Zhang continue to defend her title, at some point she may have no choice but to move to flyweight to pursue fresh opportunities. Should it happen, her goal is not just to compete, but to be a contender.

A Zhang-Shevchenko matchup would be sure to draw big numbers for the UFC and likely satisfy fans wondering just who is the best between two of the most dominant women ever to compete inside the octagon.

Just as importantly for Zhang, she looks forward to finding out how she stacks up against a fighter who has been nearly untouchable for the past four years.

“Also, because she’s such a great martial artist, I’m willing to step into the octagon with her to learn from her, to share the female fighting spirit in there because she’s one of the best in the world,” Zhang said. “My opponent adjusts myself. My opponent is still myself. It’s not the person I’m facing, but rather the person I am.”