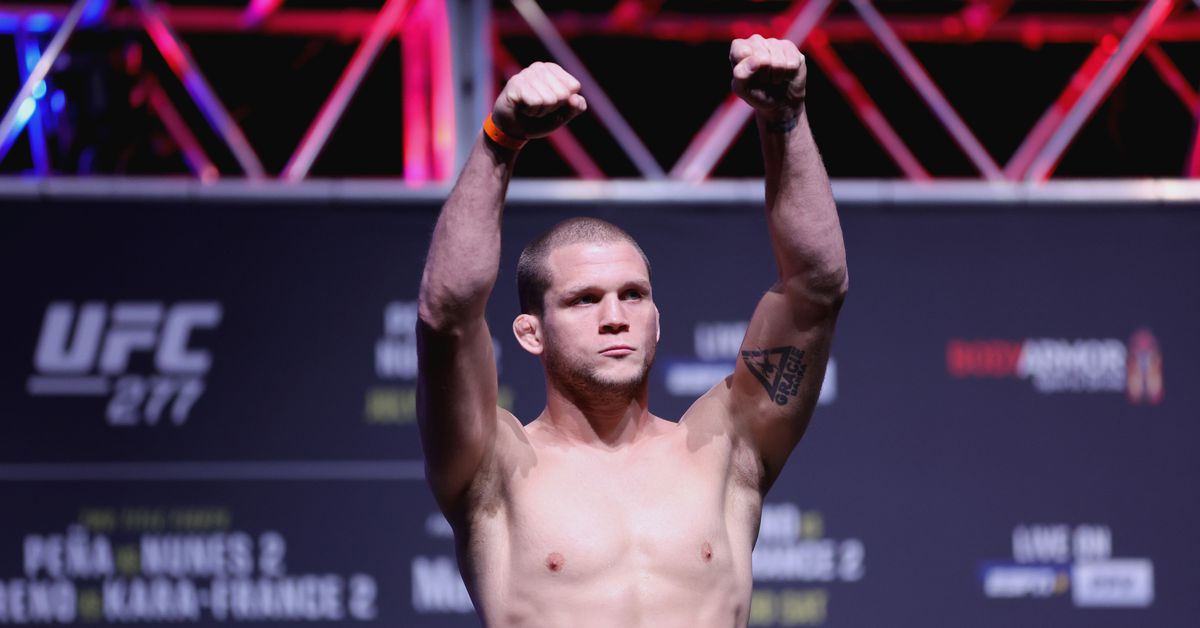 With Robbie Lawler suffering an injury that has knocked him out of UFC 282, Alex Morono has accepted a short-notice opportunity to face Santiago Ponzinibbio on Saturday’s pay-per-view card.

Multiple people with knowledge of the situation confirmed the news to MMA Fighting on Tuesday. The MMA Underground initially reported the matchup.

The fight will take place at a catchweight of 180 pounds.

Currently riding a four-fight win streak, Morono accepted the opportunity to face Ponzinibbio on just six days’ notice prior to the event. He has put together his best streak since joining the UFC roster with consecutive victories over Donald “Cowboy” Cerrone, David Zawada, Mickey Gall and Matthew Semelsberger.

Now he takes on Ponzinibbio, who is seeking to bounce back after suffering back-to-back split decision losses to Geoff Neal and Michel Pereira. Overall, Ponzinibbio has gone 8-3 over his past 11 fights including wins over Neil Magny, Mike Perry and Gunnar Nelson.

As of now, the UFC hasn’t officially reordered the card but it’s expected that Ponzinibbio and Morono will remain on the main card, which kicks off at 10 p.m. ET on ESPN+ pay-per-view.