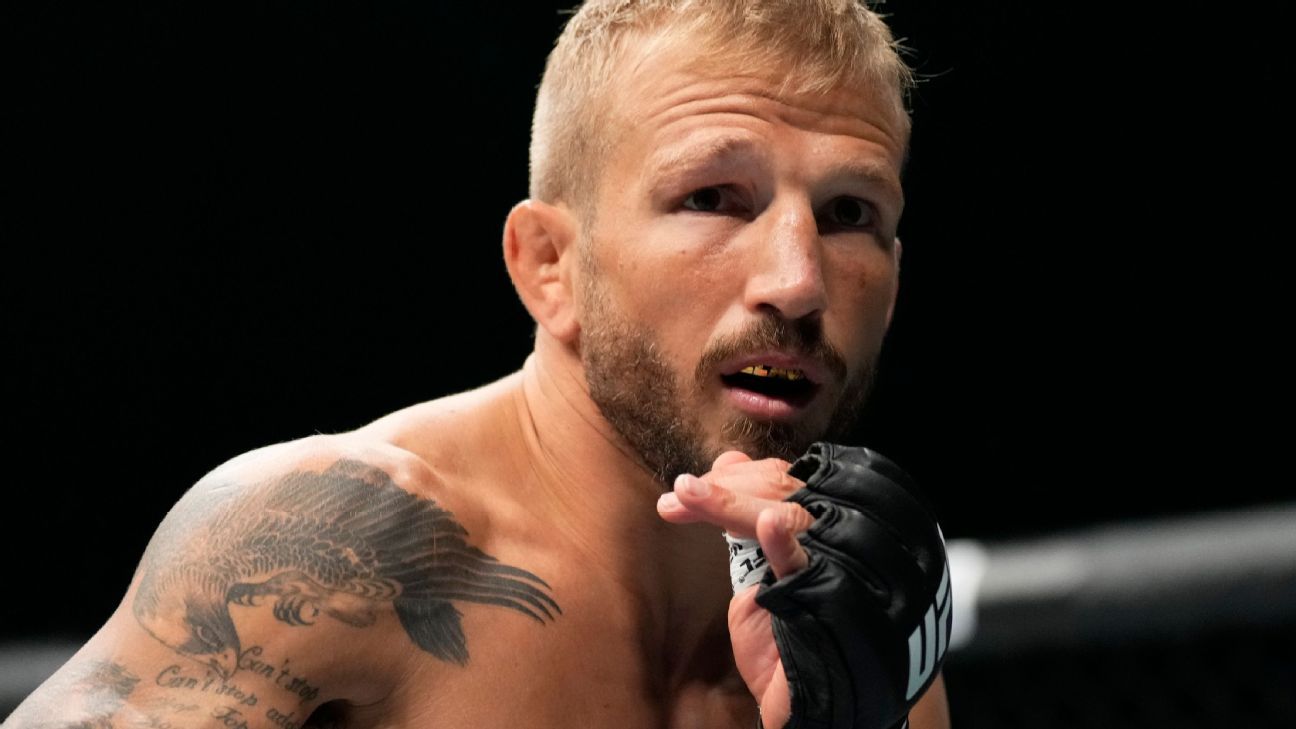 TJ Dillashaw, one of the top bantamweight fighters in the history of MMA, has retired from the UFC, Dillashaw’s agent Tiki Ghosn confirmed to ESPN on Monday.

Dillashaw, a former two-time UFC bantamweight champion, went into his title challenge against bantamweight champ Aljamain Sterling at UFC 280 in October with a bad left shoulder injury. Sterling won the bout via second-round TKO after Dillashaw’s shoulder came out of its socket several times over the course of the bout.

Dillashaw, 36, had shoulder surgery Nov. 10 that will keep him out of action for some time. Due to the severity of the injury, more surgery may be required, per Ghosn. Dillashaw will take this time to let his shoulder heal and focus on his family, the agent said. He is now out of the UFC’s drug-testing pool run by it’s anti-doping partner USADA and out of the UFC’s official rankings.

Dillashaw (17-5) held the UFC bantamweight title from 2014 to ’16 and again in 2017 and ’18. The California native was relinquished of the belt in 2018 when he tested positive for the banned substance EPO and suspended two years by USADA.

Dillashaw returned from suspension to beat Cory Sandhagen via split decision in July 2021, earning the title shot against Sterling. Dillashaw needed knee surgery after that victory, which kept him 15 months.

Later Monday, the UFC confirmed Dillashaw’s team informed the promotion that he is now retired.