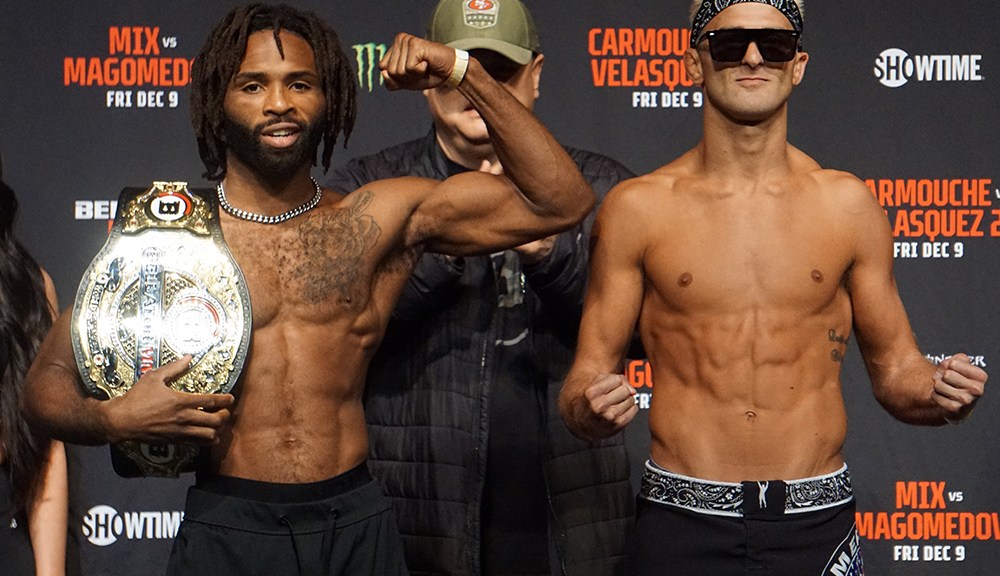 In the co-feature, women’s flyweight champion Liz Carmouche (17-7 MMA, 4-0 BMMA) puts her belt on the line for the first time in a rematch with former champ Juliana Velasquez (12-1 MMA, 7-1 BMMA). Carmouche finished her with a fourth-round TKO in April to win the title. 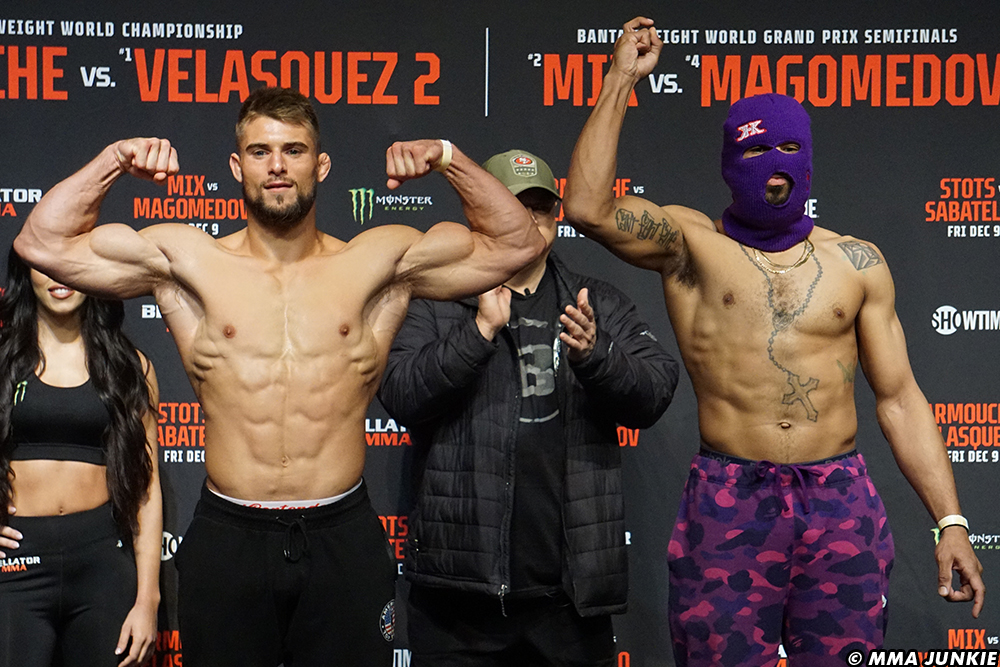