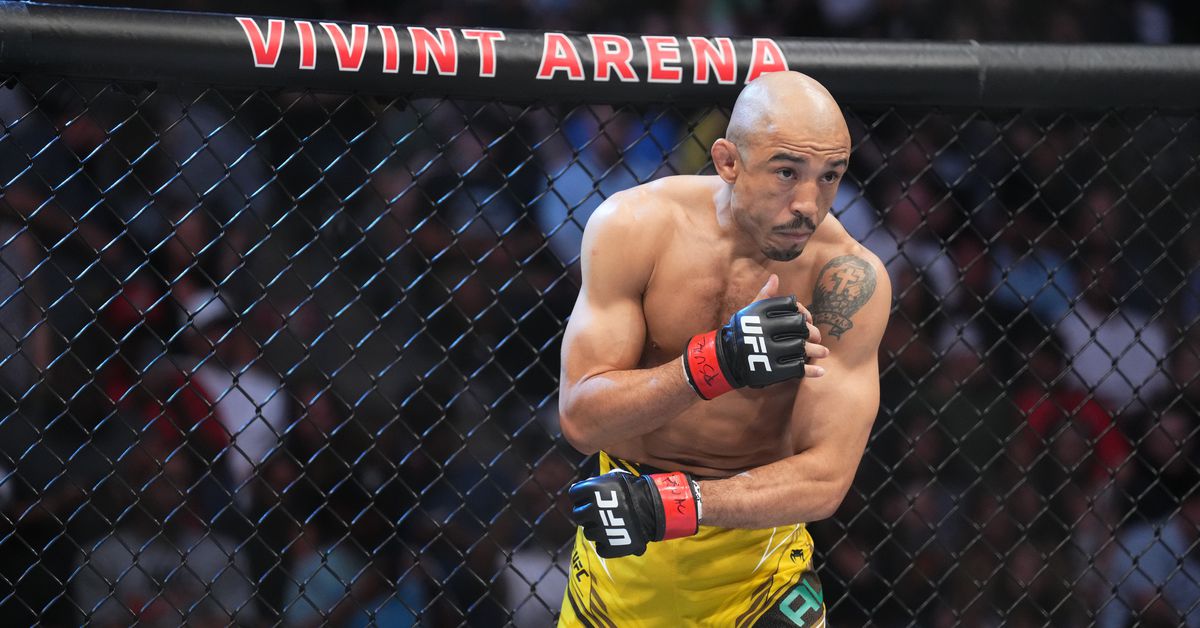 Jose Aldo, one of the greatest fighters in the history of MMA, is ready for a new chapter.

Undefeated from 2006-2014, Aldo captured the WEC and UFC Featherweight title before losing to Conor McGregor. The Brazilian recaptured Featherweight gold before coughing up the crown to Max Holloway. After failing to regain momentum, Aldo surprised the fight world by dropping down to Bantamweight. Despite being rather late in his career, “Scarface” managed to fight for the title once at 135-pounds.

He nearly secured a second title shot, but Merab Dvalishvili stymied the Brazilian at UFC 278. As a result, Aldo announced his retirement from MMA. However, he’s not done with combat sports as a whole, as Aldo has repeatedly expressed interest in crossing over to the boxing ring.

Now, we may have a debut date. Hardcore FC founder Anatoliy Sulyanov strongly believes that Jose Aldo will be fighting in March 2023 in Dubai.

“On March 18th there will be a big Hardcore Boxing event in Dubai,” Sulyanov said (via Telecomasia). “I’m not going to tell you the names yet, but José Aldo and most likely even Sergey “Crusher” Kovalev will be on the card. Aldo will fight with 99.9 percent probability, we’re negotiating with Sergey now.”

It remains to be seen who will stand opposite Aldo in the ring. If his March debut does materialize, however, will you be tuning in?

Sure, you’ve seen knockout and submission of the year lists and highlights all over the place. But, have you watched the year’s best d—k kicks?

This is a fun challenge! I went three for four.

RIP Stephan Bonnar. For anyone looking to watch an “American Psycho” fight outside of the famous bout vs. Forrest Griffin, his rematch with Krzysztof Soszynski was a fun scrap and great performance.

Saenchai pummeled one last foe before the close of 2022.

Great combination featuring different targets and reloads that finishes with a BANG!