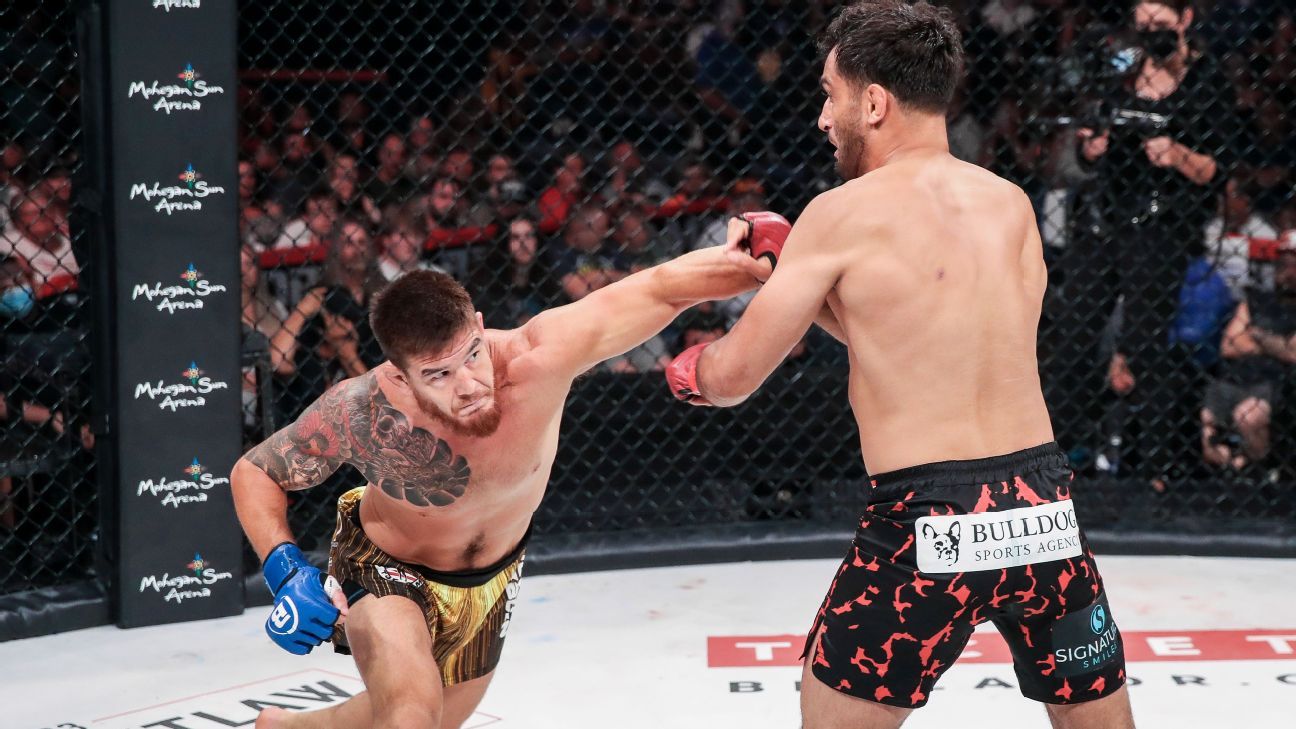 Bellator MMA has added a middleweight title fight to its first major event of 2023, promotional officials told ESPN on Tuesday.

Middleweight champion Johnny Eblen will seek his first title defense against Anatoly Tokov in the co-main event of Bellator 290 on Feb. 4 in the Los Angeles area. The event will air on CBS, the first time Bellator has been on network television.

Originally, light heavyweight champion Vadim Nemkov (16-2) was slated to face Yoel Romero (15-6) in the co-main event, but Nemkov has been forced to withdraw for undisclosed reasons. So Bellator pivoted to a middleweight championship bout.

A heavyweight title fight rematch between Ryan Bader (30-7) and all-time great Fedor Emelianenko (40-6) will headline the event. Emelianenko, 46, is expected to retire after the bout.

Eblen (12-0), of Des Moines, Iowa, was one of the bigger surprises in Bellator this year, as he upset longtime divisional staple Gegard Mousasi in a five-round title fight in June. He’s a homegrown talent for Bellator, with an 8-0 record under the banner.

Tokov (31-3) is a member of Team Fedor [Emelianenko] in Stary Oskol, Russia. He has been superb since joining Bellator in 2017, with a 7-0 record that includes five finishes.

Bellator 290 will take place at the Kia Forum in Inglewood. Bellator officials did not offer a time frame for rebooking Nemkov’s title defense against Romero, who is a former Olympian and UFC title challenger.