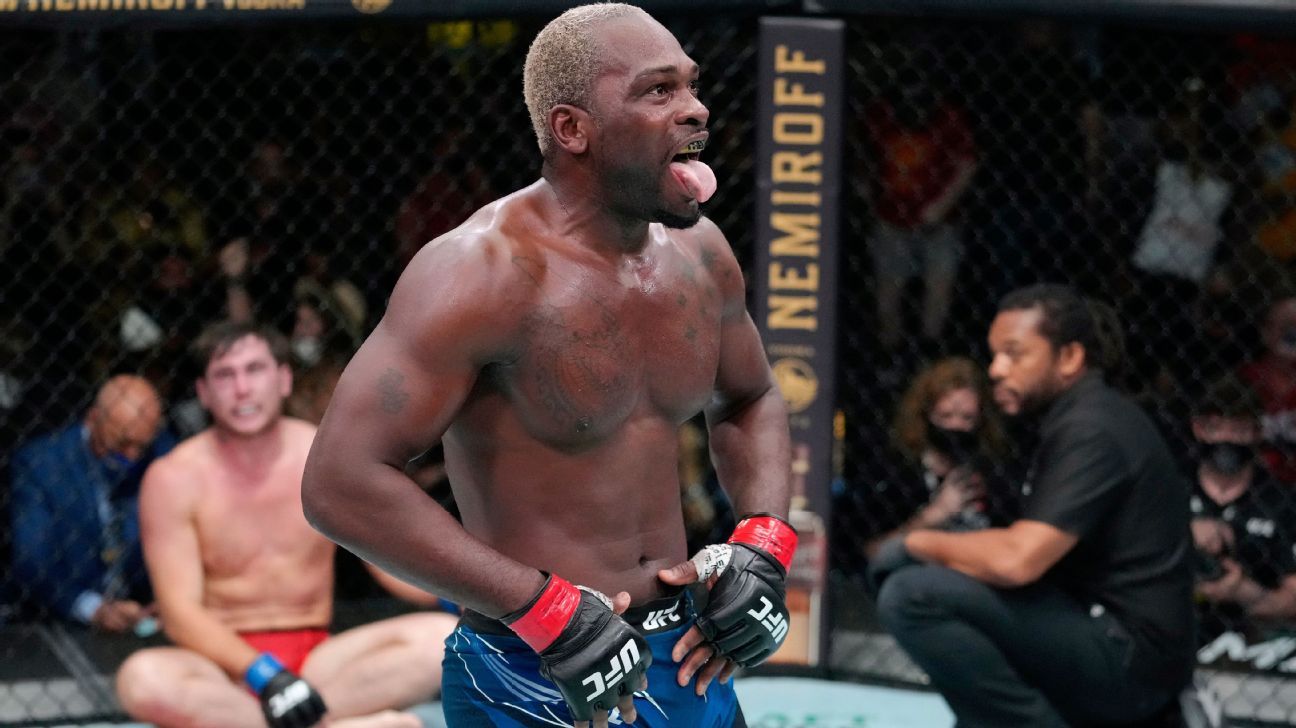 A middleweight contest between Derek Brunson and Dricus Du Plessis has been booked for the UFC 285 pay-per-view on March 4, sources told ESPN on Wednesday.

Contracts have not been signed but the bout is expected to be finalized shortly, sources told ESPN. UFC 285 is scheduled to take place in Las Vegas, and a main event has yet to be announced.

In addition to agreeing to the matchup against Brunson, Du Plessis (18-2) has signed a new multifight deal, his management, Ruby Sports and Entertainment, told ESPN. The South African middleweight is 4-0 since signing with the UFC, with three finishes.

He won by submission vs. Darren Till at UFC 282 earlier this month.

Brunson (23-8) was scheduled to face Jack Hermansson several weeks ago in Orlando, but he had to withdraw because of an arm injury. He told ESPN at that time that he anticipated a quick return and made it clear he wanted to face a top-ranked opponent.

Brunson also recently stated on social media that he hopes to fight four times in 2023.

Brunson and Du Plessis are ranked No. 5 and No. 10, respectively, among middleweights by ESPN.