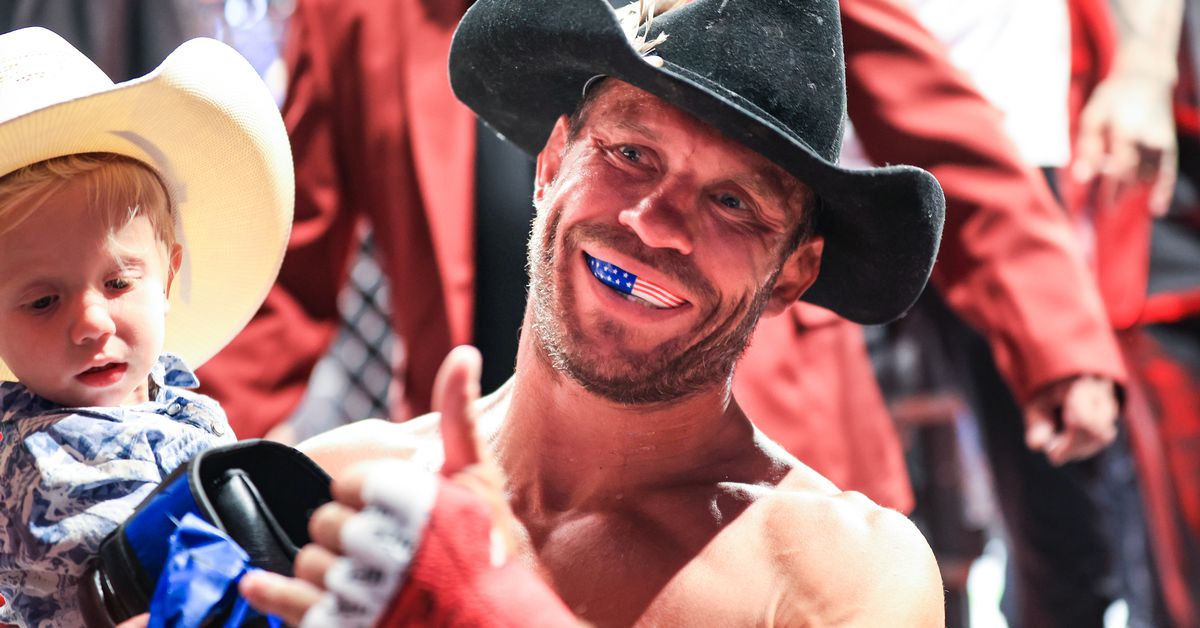 Donald “Cowboy” Cerrone is already teasing interest in a comeback.

July 2, 2022, marked the final walk for Cerrone as a mixed martial arts (MMA) fighter. Suffering a second-round guillotine submission loss to Jim Miller (watch highlights), Cerrone became winless in his final seven fights and decided that it was finally time to call it a career.

Still keeping up with the combat sports landscape, “Cowboy” is admittedly intrigued by what Jake Paul has done in boxing. Paul’s last four bouts came against former UFC fighters and if Cerrone got the opportunity to join the mix, he just might say yes.

“Would I like to fight him?” Cerrone asked on Thiccc Boy Studios (h/t MMA Junkie). “How could I say no to millions of dollars? I would definitely go out there and do it, but I’m not sitting here saying, ‘Jake you’re a YouTuber, you’re not worth a f—k, blah blah blah.’ No, man. You’re making money and if you want to throw some money my way, I’m with you.”

“The Jake Paul phenomenon is kind of crazy, it’s got everyone calling him out,” Cerrone said. “It’s kind of like the big Conor [McGregor] push. I feel like that’s happening with Jake Paul. Everyone wants in, and I don’t see why they wouldn’t, that’s a big money fight.

“You can take away [from him],” he continued. “Everyone is saying those are rigged fights, and I think he’s hitting hard. I really do think those are legitimate shots and strikes, and he’s been practicing boxing, and he’s whipping their asses. I don’t think there’s any missed hype, I think he’s got something going.”