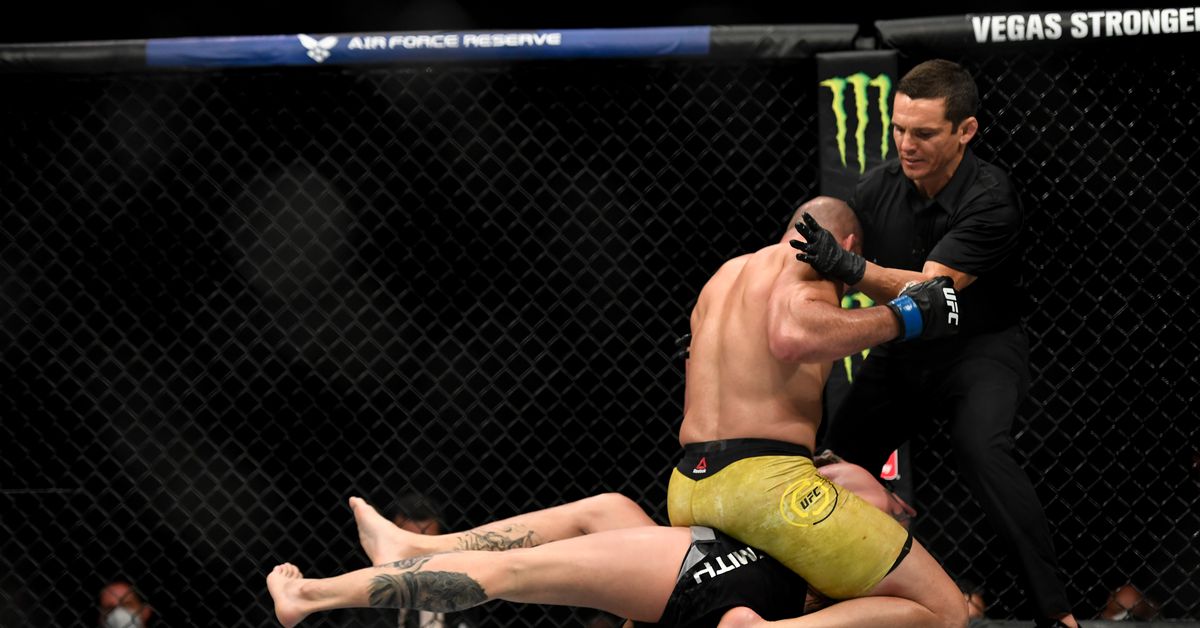 Glover Teixeira’s road to his first UFC title win got further solidified with a big time finish of a past title challenger.

As the UFC was getting back to work during the COVID-19 pandemic, they headed to Jacksonville, Fla., where they hosted a slew of events — including the UFC Jacksonville fight night card headlined by Teixeira taking on Anthony Smith.

Heading into the bout, Teixeira had won three straight over Karl Roberson, Ion Cutelaba, and Nikita Krylov, while Smith was coming off of an impressive stoppage of Alexander Gustafsson 11 months prior in the main event of UFC on ESPN+ 11.

After a great opening round by Smith, Teixeira bounced back with a 10-9 second, before picking up consecutive 10-8 rounds in the third and fourth before finally putting “Lionheart” away at 1:04 of the fifth round.

Watch the replay of Teixeira’s handy work against Smith ahead of his UFC 283 main event bout against Jamahal Hill for the vacant light heavyweight title on Jan. 21.