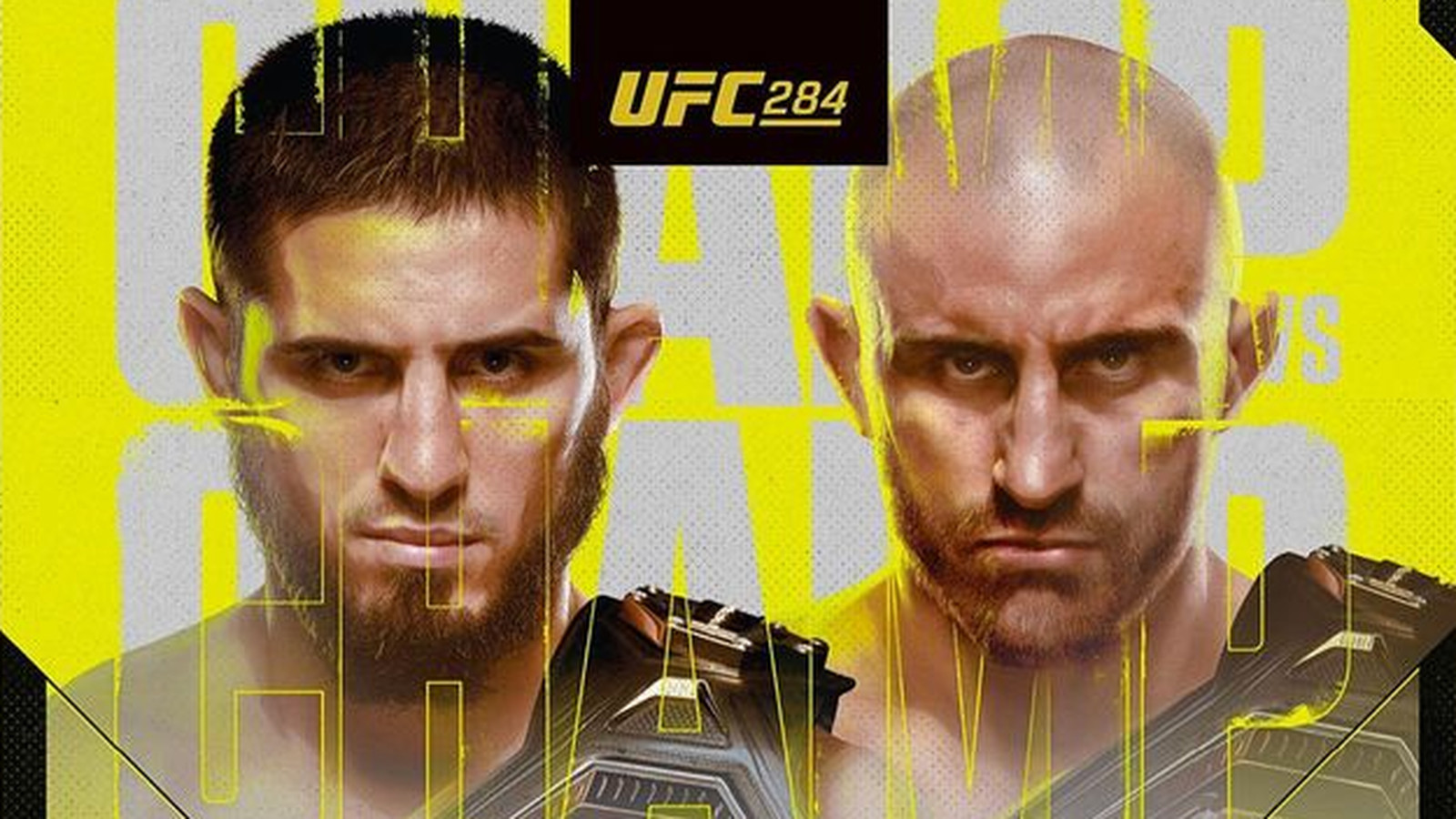 Ultimate Fighting Championship (UFC) will make its return to RAC Arena in Perth, Western Australia, for the upcoming UFC 284 pay-per-view (PPV) mixed martial arts (MMA) event on Feb. 12, 2023, which means an early Sunday morning start for local residents. That said, UFC 284 will stream live on Sat. night (Feb. 11) in the United States due to the discrepancy in time zones.

UFC 284 will be headlined by the “champion vs. champion” super fight between lightweight kingpin Islam Makhachev and 145-pound titleholder Alex Volkanovski. Before that five-round clash of styles gets underway “Down Under,” Yair Rodriguez and Josh Emmett will collide for the interim featherweight belt, a substitute strap designed to keep the 145-pound assembly line moving.

All four combatants were featured prominently on the official UFC 284 event poster. Sadly, the middleweight clash between former champion Robert Whittaker and top contender Paulo Costa was recently removed from the lineup after the promotion failed to come to terms with “The Eraser,” who wants a considerable pay raise for what could mark the final fight of his Octagon career.

Australia has not played host to UFC since before the pandemic and UFC 284 will serve as the first event in Perth since UFC 221 back in early 2018. Other matchups booked for next month include a bevy of local talent, including Tyson Pedro and Justin Tafa, who fight Zhang Mingyang and Parker Porter, respectively. For the rest of the UFC 284 fight card and PPV lineup click here.

Conor McGregor gets offer to coach The Ultimate Fighter: ‘I like it’
Video! ‘Do Bronx’ Nearly Mauled By Wild Fans At Rio Mall
UFC 283 Highlights Video: Brandon Moreno vs Deiveson Figueiredo
Ocean Waves Bye-Bye To Salty ‘Suga’
Covington Looks to Hold Masvidal Accountable for His Words on Saturday | UFC 272