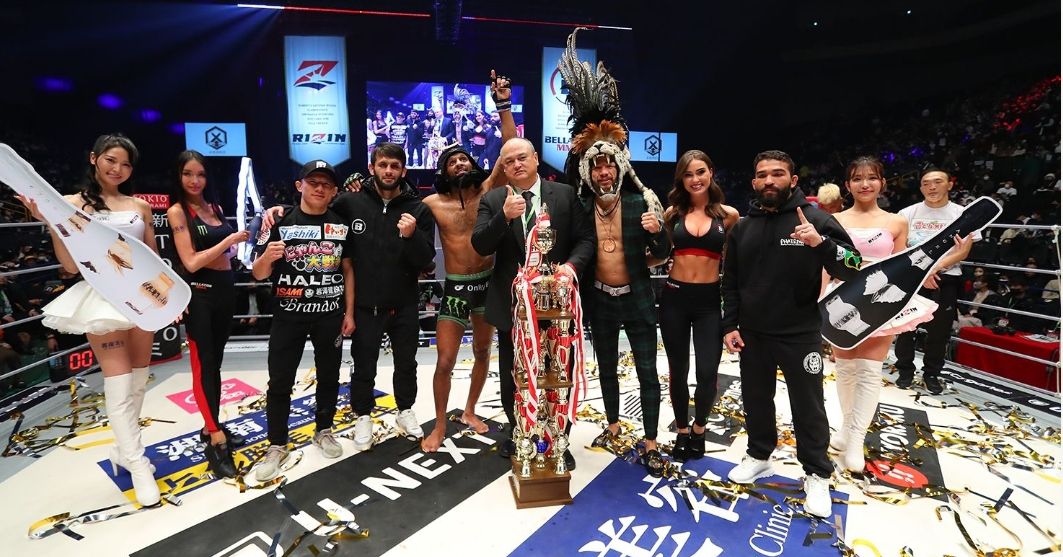 Bellator MMA went 5-0 against RIZIN this past Saturday (Dec. 31, 2022) in an historic cross-promotion event in Saitama, Japan, which was capped by a win for A.J. McKee over RIZIN Lightweight champion, Roberto de Souza (full results here).

After the event, Bellator front-man, Scott Coker, praised RIZIN’s talent and development over the year before turning his attention to his crew. And not just the winners that participated at the event, but his entire roster, which he says can hang with the best, including beating some of Ultimate Fighting Championship’s (UFC) top guys.

“It just shows you how much the RIZIN fighters have grown in the last five, six years, I see a big growth spurt. Keep in mind, when you are talking about the Bellator athletes, and I’m not just saying this because it’s a company I run, but, over the last six or seven years this is the best roster we’ve ever had in the history of the company,” said Coker during the post-event presser.

“And if you look at every weight class, we have the best 205-pounder in the world that can compete with anybody. The best 185 pounds in Johnny Eblen, I’m telling you this guy just beat Gegard Mousasi, so he’s another guy,” he added.

There’s no denying Bellator’s roster has improved over the last few years because Coker has been aggressive when it comes to signing free agents, a lot of which come over from the UFC ranks. Sadly, we will never be able to see who is the best in the world since Dana White opposes cross-promoting.

For now you can click here and here to see what many think would happen if UFC’s top 10 battled Bellator’s best.