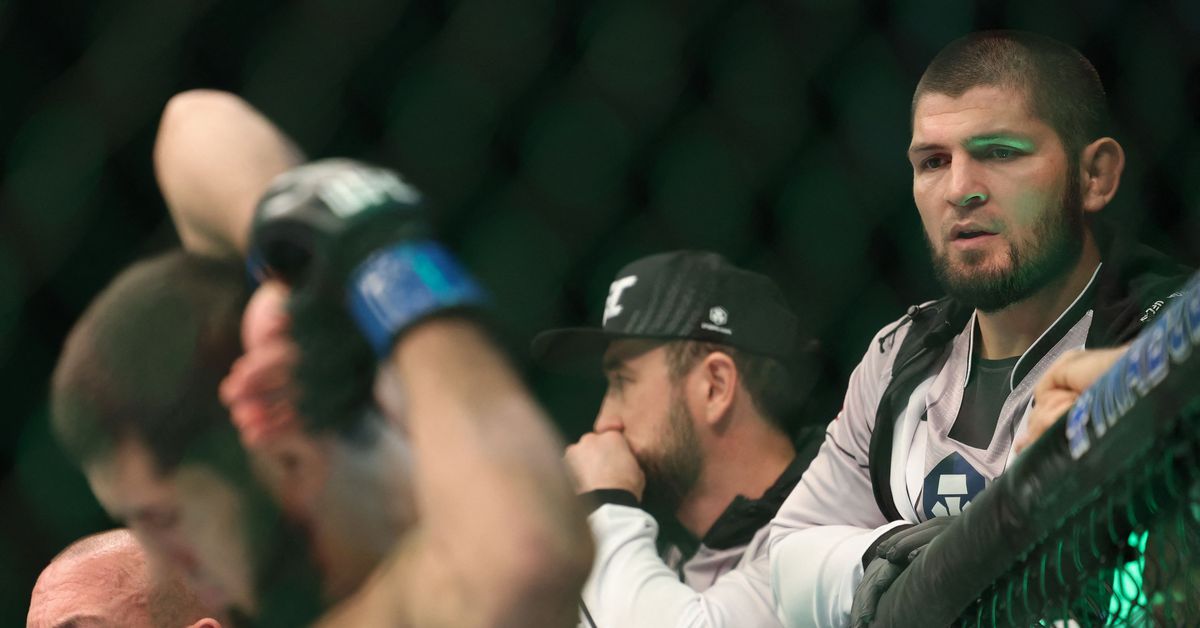 Khabib Nurmagomedov took in the Bellator MMA vs. Rizin event on New Year’s Eve, and according to Bellator President Scott Coker, the retired UFC champ was blown away by what he saw.

Coker shared Nurmagomedov’s reaction after event at the hallowed Saitama Arena, which saw Bellator sweep fighters from the Japanese promotion in five promotion vs. promotion matchups.

“It’s very interesting, because he wasn’t here in the heyday,” Coker said at the post-event press conference. “I got to see those fights. A lot of you know that [I’ve been] in the martial arts business a long time, I started working for K-1 in 1999, so I got to see all the great fights in K-1. I got to see the great fights of PRIDE. And Khabib has never see the production and the fans, and he was freaking out.

“He was telling me, ‘This is unbelievable.’ He kept telling me, ‘This is unbelievable. I had no idea that something like this was happening in Japan.’ And I said, ‘This is where it started, Khabib.’ This is where MMA and martial arts combat, it started here – it grew throughout the rest of the world, but there was a time when Japan had the best fighters in the world, the best production in the world, the best promotion in the world, and that’s why the UFC bought it. Just like my company, Strikeforce, I think we had a great roster, great events, so they bought it.”

Nurmagomedov never fought under the Strikeforce banner, building his record mostly in Russia before signing with the UFC. But the undefeated fighter always maintained a close relationship with Coker, whose longtime colleague and former Strikeforce employee Javier Mendez coached at the American Kickboxing Academy where UFC and Strikeforce fighters trained.

By the time Nurmagomedov transitioned from combat sambo to MMA, Japanese MMA had taken a massive hit; the once-mighty PRIDE was shuttered by the UFC after being acquired in 2007. After a non-compete period, former PRIDE chief Nobuyuki Sakakibara created Rizin. A longtime friend and colleague of Coker, Sakakibara and Rizin exchanged fighters with Bellator MMA before joining forces for the New Year’s Eve event.

The Bellator MMA fighters featured on the card took full advantage of the platform, infusing their walkouts with the costumes and drama that were once the trademark of PRIDE and Japanese MMA.

Nurmagomedov might be retired, but Coker said the 34-year-old ex-champ was inspired by what he saw.

“It’s so ironic to sit here with Khabib – he’s like freaking out about the production and the staging and just the pageantry,” Coker said.