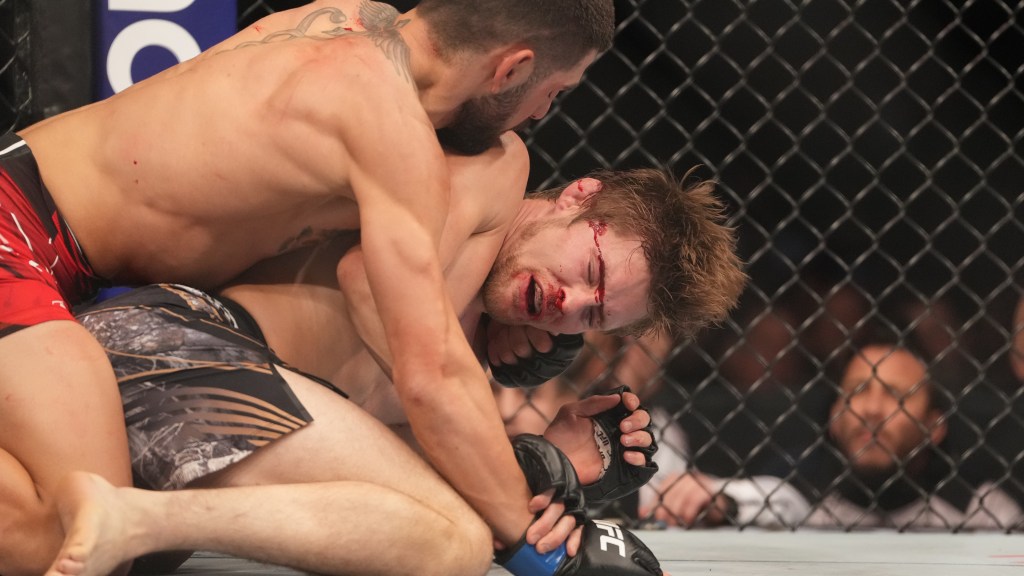 With another action-packed month of MMA in the books, MMA Junkie looks at the best submissions from December 2022: Here are the five nominees, listed in chronological order, and winner of MMA Junkie’s Submission of the Month award for December.

After admitting his pursuit to regain the UFC lightweight title was over, the former champion dos Anjos moved back up a weight class for what seems like the final run of his career. He got things off to a good start, halting Barberena’s momentum when he locked in a rear-naked choke to get the win.

Patchy Mix (17-1 MMA, 6-1 BMMA) turned in an incredible performance against Magomed Magomedov (19-3 MMA, 3-2 BMMA), taking the judges out of the equation by putting his opponent to sleep from a deep submission.

The bantamweight grand prix semifinal saw Magomed shoot for a takedown that was countered into a guillotine choke. After adjusting, Mix synched it in even tighter, prompting referee Dan Miragliotta to check on Magomedov, who went cold out from the choke.

After a controversial TKO stoppage in their first meeting in April, Carmouche leaned on her grappling strengths, and found a way to submit Velasquez with an armbar in the second round to keep the flyweight title around her waist.

BACK-TO-BACK SUBMISSIONS 🥵@iamgirlrilla leaves no doubt this time as she makes Velasquez tap out to retain her title.#Bellator289 pic.twitter.com/HQE7bd3KjT 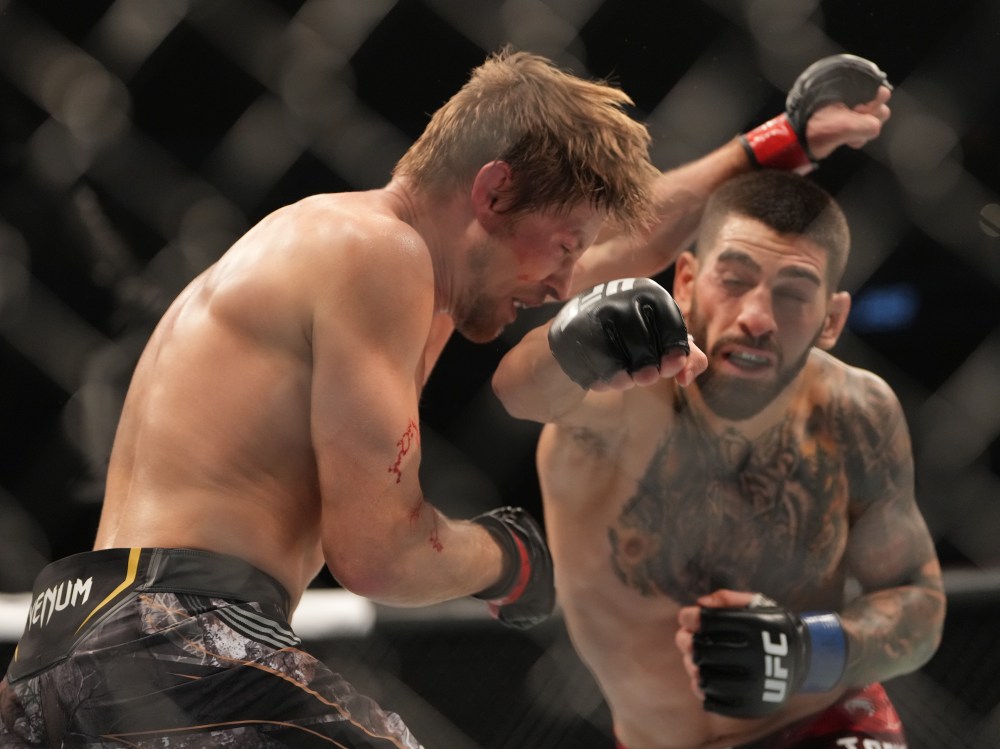 Topuria said he would submit Mitchell if given the opportunity, and that’s exactly what happened.

In a battle of unbeaten featherweights, Topuria was the one who kept his flawless record in tact after he locked in an arm-triangle choke that forced Mitchell to tap out at the 3:10 mark of Round 2 inside T-Mobile Arena in Las Vegas.

Topuria landed a hard leg kick to start the first round that sent a message. Mitchell tried multiple takedowns through the round, but they were largely defended, and he was forced to strike. He looked comfortable there but was clearly weary of Topuria’s power as he ate the harder shots. Mitchell got a takedown and top position late in the round, but with less than minute to work, he wasn’t able to make anything meaningful happen.

Topuria came out confident with his striking pressure to begin the second round. Mitchell began to get desperate with his takedown attempts, which made them easier for Topuria to stuff. Topuria landed a hard uppercut followed by a right hand that stunned Mitchell and dropped him to the canvas, but the American worked his way up. Topuria landed a nice judo throw moments after, then took control from top. He advanced into position for the arm-triangle choke, forcing the submission.

“I had to submit him, because I got the opportunity,” Topuria said in his post-fight interview with Joe Rogan. “I had to take advantage.”