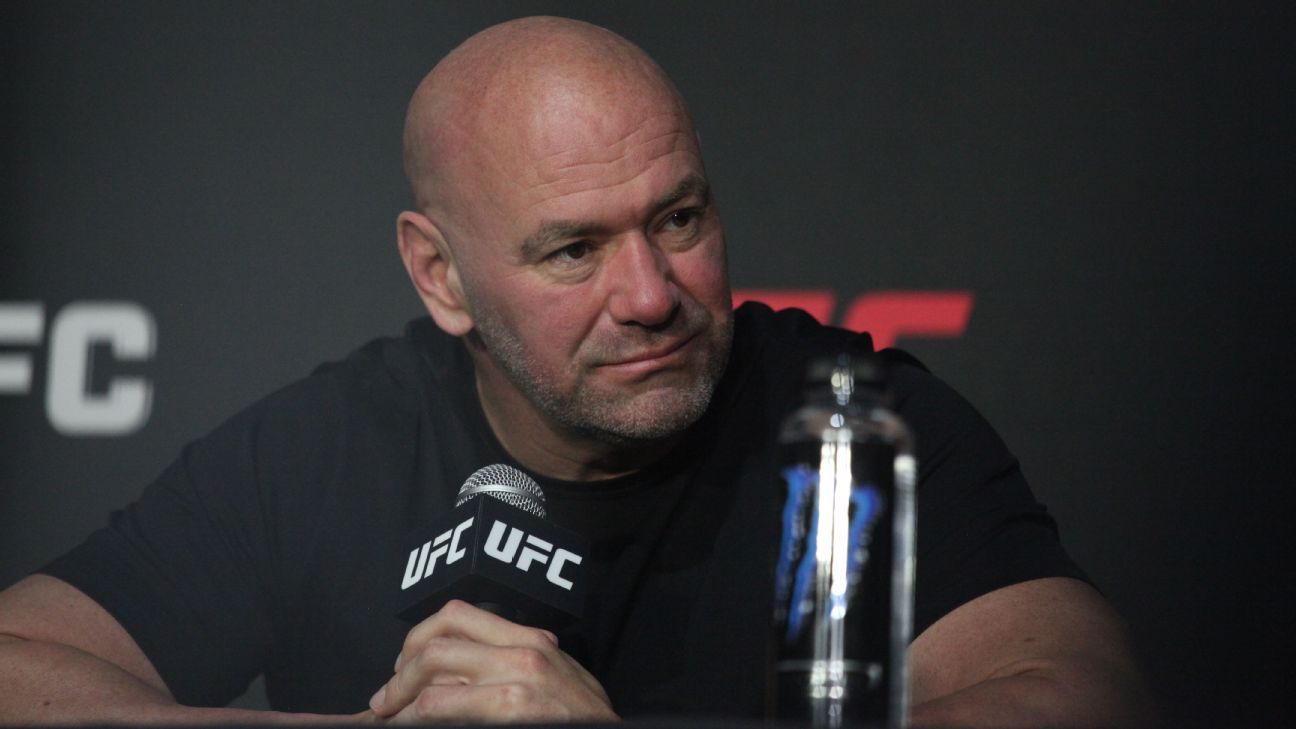 UFC president Dana White issued a public apology Monday for a physical altercation between him and his wife that was captured on video during their New Year’s Eve celebration in Cabo, Mexico.

The video, published by TMZ, shows White, 53, and his wife, Anne, in a VIP area of a nightclub. Dana White can be seen in the video saying something to Anne White, at which point she slaps him in the face. Dana White then slaps her back before the two are quickly separated.

Speaking to TMZ on Monday, Dana White apologized and said there are “no excuses” for what happened.

“You’ve heard me say over the years, ‘There is never, ever an excuse for a guy to put his hands on a woman,’ and now here I am on TMZ talking about it,” White said. “My wife and I have been married for almost 30 years. We’ve known each other since we were 12 years old. We’ve obviously been through some s— together. We’ve got three kids.

“I’m literally making no excuses for this thing at all. It’s never happened before. It’s the first time it’s ever happened. People are going to say what they’re going to say and it is what is. Whatever people say is deserved. I deserve it.”

In a separate statement provided to TMZ, Anne White also said it was an isolated incident.

“Dana and I have been married for almost 30 years,” she told TMZ. “To say this is out of character for him is an understatement. Nothing like this has ever happened before. Unfortunately, we were both drinking too much on New Year’s Eve and things got out of control, on both sides. We’ve talked this through as a family and apologized to each other. I just hope people will respect our privacy for the sake of our kids.”

White and his family live in Las Vegas, where he has served as president of the UFC since 2001.