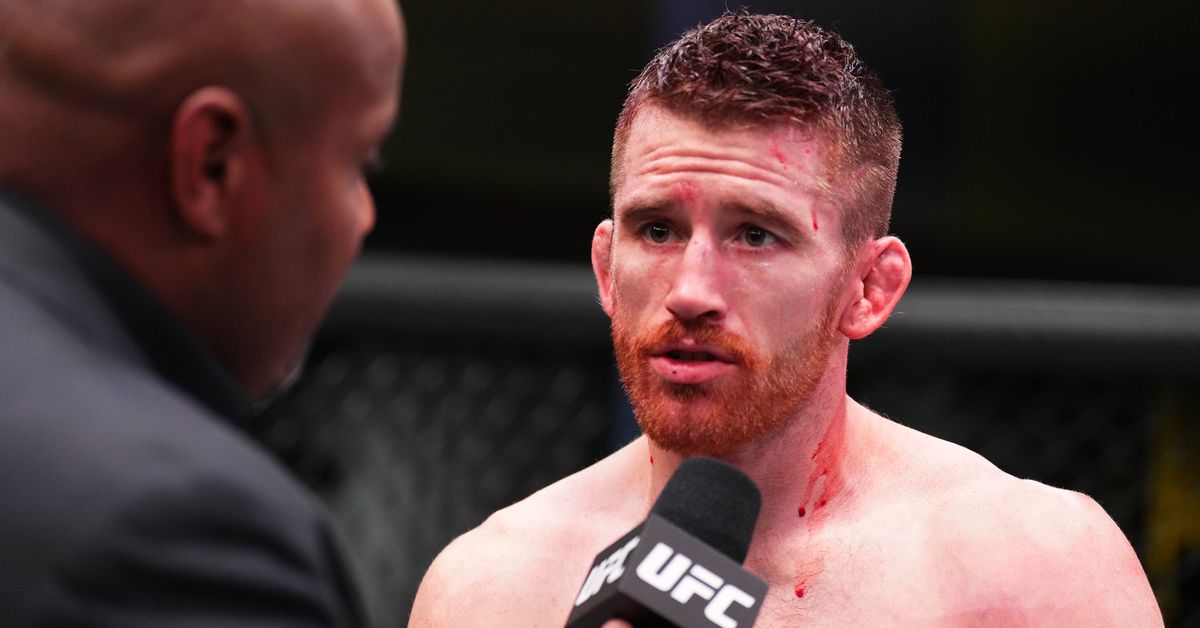 Cory Sandhagen doesn’t agree with Sean O’Malley being next in line for the title at Bantamweight.

After earning the biggest victory of his career at UFC 280 in Oct. 2022 against Petr Yan via split decision (watch highlights), O’Malley catapulted to the No. 1-ranked contender spot in the division. O’Malley has since been informed by UFC President, Dana White, that his next fight will be his first title opportunity.

“Last time I checked, O’Malley doesn’t have a contract [for a fight] yet,” Sandhagen told MiddleEasy. “So, I go out and do really well against [Marlon] ‘Chito’ [Vera], I could see me and Sean fighting right afterward depending on what happens between [Aljamain] Sterling and [Henry] Cejudo. That’s the fight that I’ll be asking for.

“Sean fought a bunch of not the highest quality of opponents and then barely beat a guy in a three-round fight,” he continued. “I don’t really think that should get you a title shot. I’ve been in the top 5 for the last three years. I’ve gotten one title shot and it was a short-notice one. I think I’m more deserving than he is of the title shot.”

Sandhagen’s next bout will certainly bring the violence when he faces Vera in Feb. 2023 in the main event of UFC Vegas 69. A win for either top contender firmly positions them alongside, or arguably ahead, of O’Malley (especially if he holds out for his shot).

“I know he has a bunch of hype, but I know that I wasn’t super active last year,” Sandhagen said. “I’m gonna have a really active year this year and I think I’ll just get people believing in me again.”