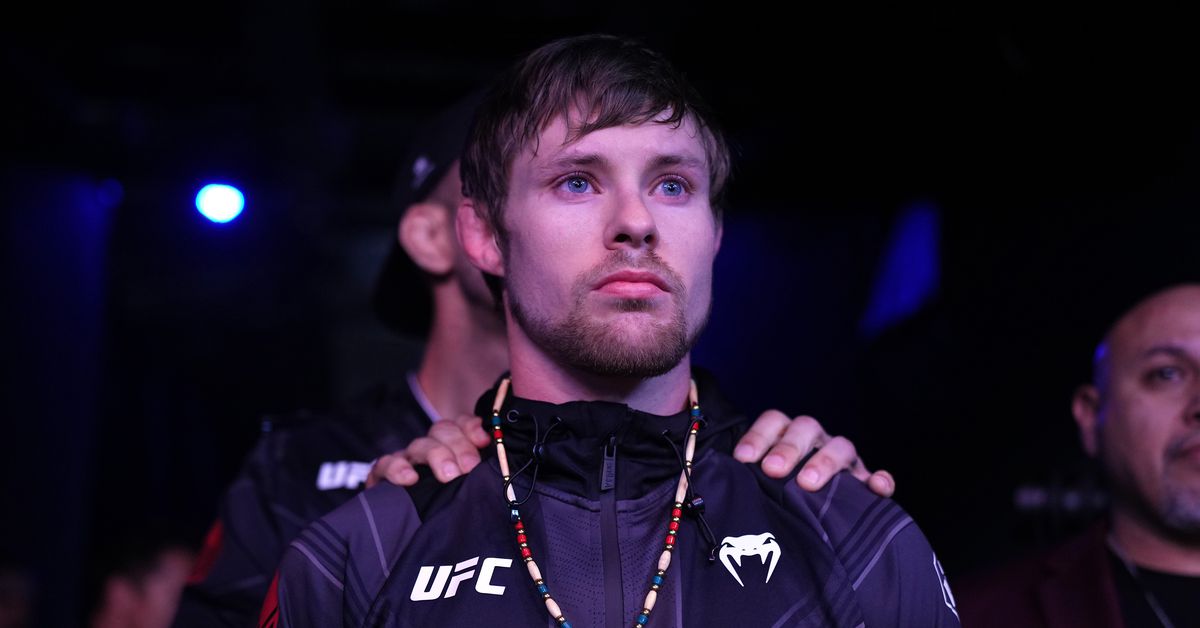 Originally, Mitchell had a fight lined up with fellow rising Featherweight contender, Movsar Evloev, in Nov. 2022 until injury forced Evloev from the bout. Mitchell (15-1) was rebooked for UFC 282 against Ilia Topuria and suffered the first loss of his professional mixed martial arts (MMA) career.

Mitchell revealed after his second-round arm-triangle submission loss (watch highlights) that he’d been battling through a case of the flu during and ahead of his fight. Pulling out of the bout was an option for “Thug Nasty,” but financially it wouldn’t have been the wisest choice.

“I said you know what, I don’t want to live on a couple thousand bucks until February,” he continued. “I would have made it because I could have scrapped by, and maybe I should have, but at the time, I thought I’d win the fight, brother. I was going in there with the flu to kick somebody’s ass, anyways. That just wasn’t the case. I wasn’t capable of kicking anybody’s ass that night. I was capable of taking an ass-kicking, I did that pretty well.”

If funds were higher at the time, the Arkansas native admits he definitely wouldn’t have gone through with the fight despite his belief in himself. Mitchell just had no idea how bad he’d feel once it was actually time to compete.

“To say it wasn’t a factor, that would be a lie,” Mitchell said. “I’m not complaining about my financial situation. I’m very happy, I try to invest my money, especially in the real estate, farmland, whatever.

“If I could go back, I probably wouldn’t even have shot a single takedown, but in the moment, I was not accepting what I was capable of,” he continued. “If I would have readjusted my strategy, I know I could have done better, I could have probably went all three rounds,” he concluded. “I really gassed myself out shooting a lot of takedowns and stuff like that.”

Mitchell hopes to come back as soon as possible for his rebound attempt, but believes he should wait for the sake of his physical health after such a tough loss. He joked that he’ll wait until he runs around of money again before booking his return, “Probably by summer.”