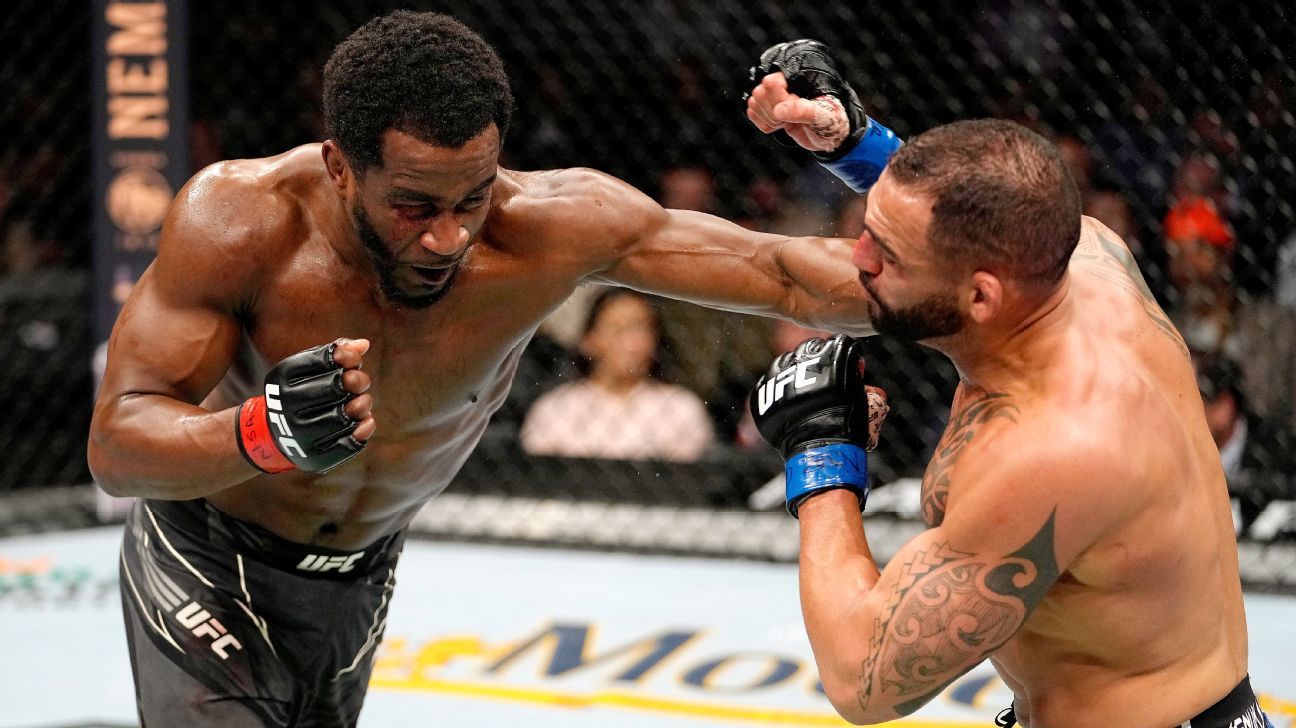 The UFC has rebooked a welterweight matchup between Geoff Neal and Shavkat Rakhmonov for UFC 285 on March 4, multiple sources told ESPN.

The 170-pound bout will take place in Las Vegas. It was originally scheduled for a UFC Fight Night on Jan. 14, but Neal was forced to withdraw due to injury.

According to sources, Neal’s injury was minor, and he had hoped the UFC would keep the matchup together. Rakhmonov, of Kazakhstan, took a jab at Neal on social media when he was forced to pull out, accusing the fighter of being “all talk.” Neal quickly responded that he was injured and challenged Rakhmonov to accept a later date.

Neal (15-4), of Dallas, is on a two-fight winning streak that includes victories over Santiago Ponzinibbio and Vicente Luque. The 32-year-old has been open to a fight against Rakhmonov, who is considered one of the top lesser-known prospects in the division. Rakhmonov (16-0) is 4-0 in the UFC with four finishes.

Neal and Rakhmonov are the Nos. 7- and 10-ranked welterweights in the UFC, respectively.