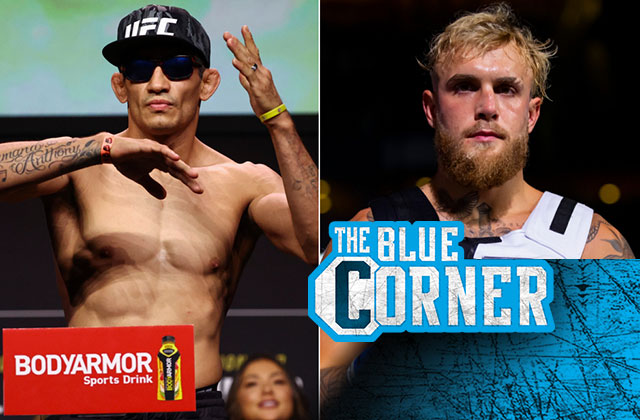 Jake Paul will compete in MMA after officially signing with the PFL this week, but before he steps into the cage for a serious fight, he’ll need work on his all-around game.

Whether you like Paul or not, the YouTube star has proven to be adept at boxing, with a 6-0 record as a professional, albeit against MMA guys and non-traditional boxers. Still, there’s no denying he’s skilled in the sweet science just by watching his fights. But this is MMA we’re talking about now, and he’ll need more than just his hands.

Let me know when you need a good MMA coach @jakepaul You can be one of my students- Champ 🥷 -CSO- 🇺🇸🏆🇲🇽 # KeepGrindin’Kid pic.twitter.com/11JQM4NS4T

Given how polarizing he’s been to MMA fighters, it might be hard for Paul to break into a main gym full of them. You’d have to think American Top Team is out of the question given his fallout with Jorge Masvidal.

Would it be such a bad idea to team up with Ferguson?

Yes, Ferguson, at 38, is on the downswing of his career having lost five fights in a row, but the guy has always epitomized what it means to be “a student of the game.” He has a history of success and a wealth of knowledge. It might not be the worst thing for Paul to draw from that.

This could work. Maybe? It isn’t the worst idea, is it?

What do you think? Let us know in the comments.