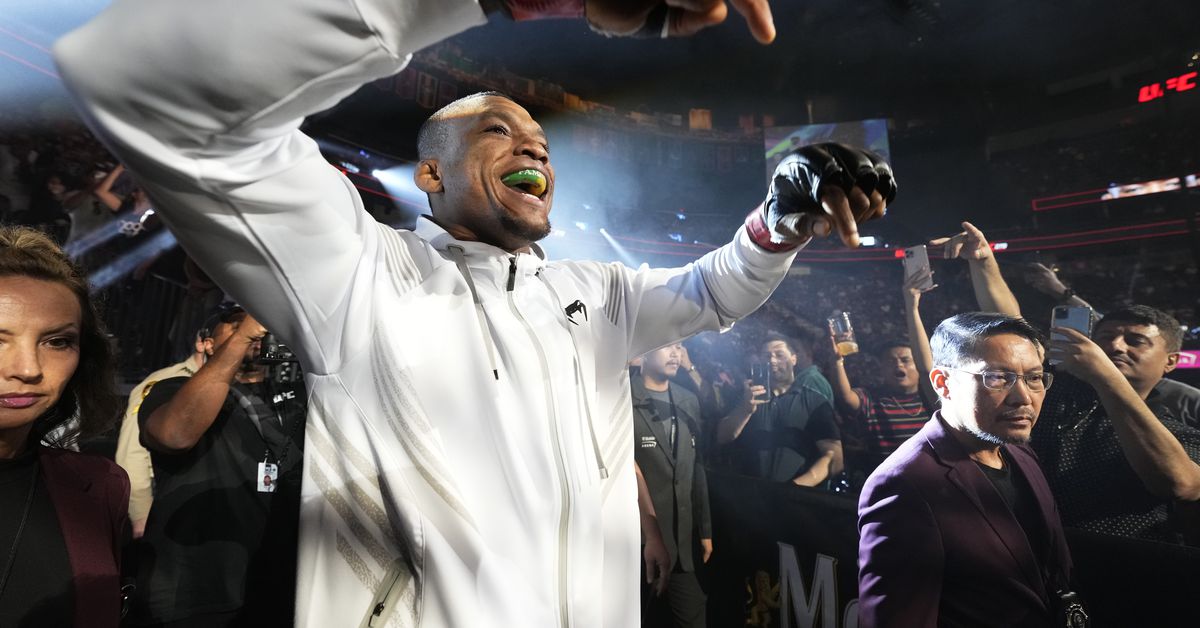 Jailton Almeida is hoping the third time is the charm for a fight with Shamil Abdurakhimov at UFC 283, which is scheduled for Jan. 21 in Rio de Janeiro, Brazil.

The heavyweight duo was paired up to compete twice before in 2022, however Abdurakhimov withdrew both times. Abdurakhimov was reportedly pulled from a September card in Las Vegas due to visa issues, so “Malhadinho” instead finished late-notice replacement Anton Turkalj with a first-round submission.

Then, one month later, Abdurakhimov again left the Brazilian without an opponent for UFC 280.

Almeida also dealt with another fight cancellation in November when Maxim Grishin withdrew from a UFC Vegas card.

“If [Abdurakhimov] doesn’t come, it will be the third time he gives up,” Almeida said with a laugh while speaking to MMA Fighting. “I was watching some videos on Instagram pages that post videos of Russians and I saw him training. He’s training, so he should probably come to the fight. He can’t run now, right? It’s the third time already, I don’t know what’s going on. Come injured, come any way you can, but come and fight.”

Regardless of their previous fight cancellations, Almeida doesn’t want to imply that Abdurakhimov is either scared to face him or pulling out on purpose.

“I wouldn’t say run, I mean that something unexpected can always happen,” Almeida said. “[Fans] say he’s running, but things happen, just like it happened to Maxim Grishin. [Fans] think different, they think he’s running scared, but I don’t think so. He’s a man, and so am I.”

“Malhadinho” is 3-0 with three first-round beatdowns in two different weight classes in the UFC to capture MMA Fighting’s 2022 Rookie of the Year honors. He is now ready to call heavyweight home. He also feels Abdurakhimov is a good matchup for him, especially after training with heavyweight slugger Carlos Felipe in the gym.

“He’s one of those Russians that doesn’t defend takedowns,” Almeida said of Abdurakhimov, who’s lost his past three fights in the UFC to Curtis Blaydes, Chris Daukaus, and Sergei Pavlovich, all via knockout.

“That fight with Blaydes, he quickly got to his back but had no efficiency in submitting or finishing with the ground-and-pound, and that’s my thing. I go for the submission or ground-and-pound until he gives me the position I want, and I’m working my boxing with Carlos [Felipe], so I’m definitely going to put on a show.”