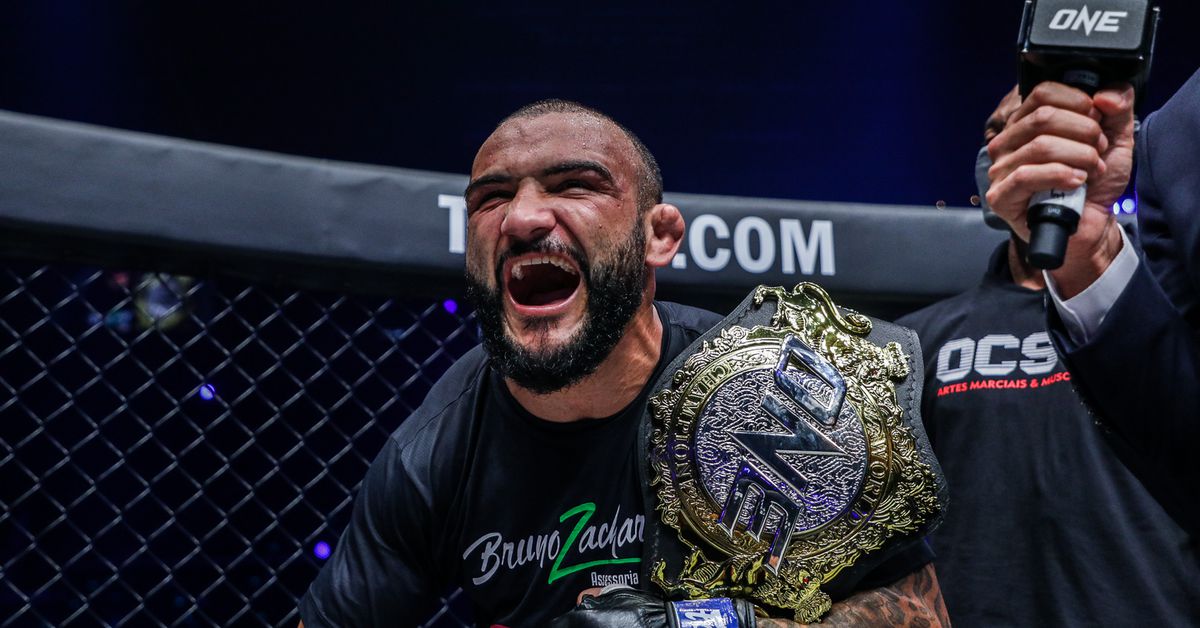 ONE Championship has now revealed the full card set to take place on Feb. 24, which features a bantamweight title fight rematch in the main event as John Lineker takes on Fabricio Andrade.

The card titled ONE Fight Night 7 will air on Amazon Prime Video with the main card kicking off at 8 p.m. EST.

Lineker and Andrade meet in the main event after their first encounter ended in a no contest following an accidental groin shot left Lineker unable to continue. Now they’ll square off again with hopes of settling some unfinished business in the rematch.

The co-main event will put the ONE featherweight Muay Thai world title up for grabs as Tawanchai Pk.Saenchai takes on Jamal Yusupov

Former two-division ONE champion Martin Nguyen will take on Shamil Gasanov in a featured featherweight fight on the card while Danielle Kelly takes on Ayaka Miura in a catchweight submission grappling match at 119 pounds.

At flyweight, Eko Roni Saputra will take on Danny Kingad while Saemapetch Fairtex and Zhang Chenglong clash in a bantamweight kickboxing match.

The opening bout on the main card will pit Andrei Stoica against Francesco Xhaja in a light heavyweight kickboxing match.

Following the conclusion of the main card on Prime Video, ONE will shift gears to ONEFC.com and YouTube for three more bouts including the debut of former UFC scholarship recipient Linda Darrow as she faces off with Victoria Souza.

Darrow currently sports a perfect 6-0 record in her career and she’ll look to remain undefeated when she returns to action on Feb. 24.

In a lightweight submission grappling match, Uali Kurzhev will take on Tommy Langaker and the final bout announced for the card will take place in the men’s strawweight division where Adrian Mattheis takes on Zelang Zhaxi.

The card itself will take place from the Lumpinee Boxing Stadium in Bangkok, Thailand while airing during primetime in the United States.