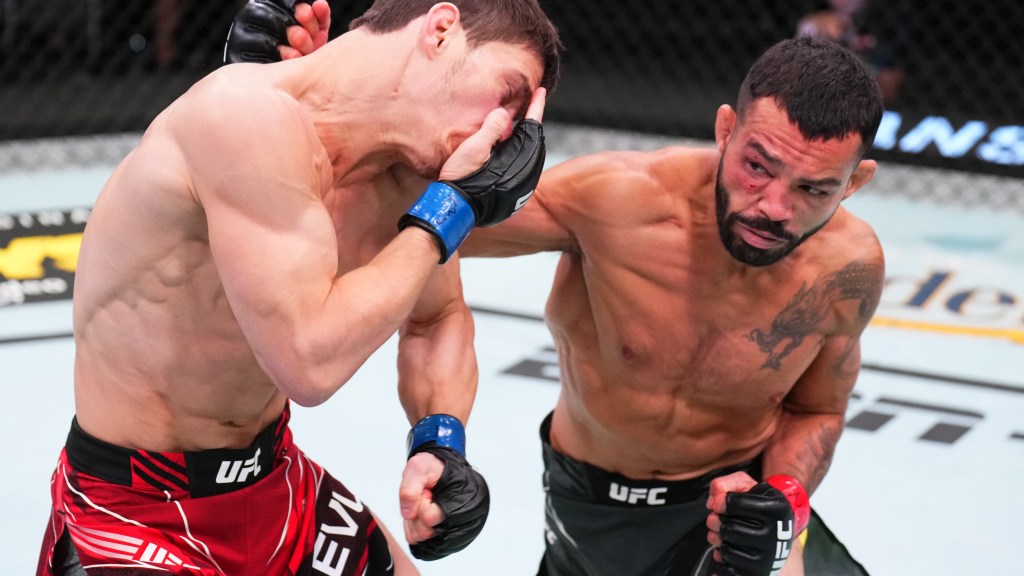 It wasn’t too long ago that Dan Ige was inching his way closer to a potential UFC featherweight title shot until his career trajectory took a wrong turn.

Ige was on a six-fight winning streaks before he dropped a hard-fought unanimous decision to Calvin Kattar in his first UFC headliner in July 2020. Ige rebounded from that loss with a knockout of Gavin Tucker in March 2021 but has since lost three in a row – all unanimous decisions – to Chan Sung Jung, Josh Emmett, and most recently Movsar Evloev last June, his only fight of 2022.

Ige, 31, aims to turn things around with a quickness heading into the new year as he meets Damon Jackson on Saturday at UFC Fight Night 217, the promotion’s first event of 2023, from the UFC Apex in Las Vegas.

Ige (15-6 MMA, 7-5 UFC) told MMA Junkie Radio that he would’ve loved to have been booked the following week at UFC 283 in Rio de Janeiro so he could compete in a raucous arena atmosphere, but the Xtreme Couture standout has no qualms about staying home to fight in Vegas.

“It’s nice to start off the year, especially being the first card back,” Ige said.  “… I think people are excited to start watching fights again. To go out there and make a big statement, first card of the year, that’s big for me. But as far as the New Year perspective, January 1st was just a Sunday for me. I was in the midst of training camp preparing for this fight. I’ve been preparing for this fight since literally the week after my last fight. I feel like I didn’t really get to perform at my own potential in my last fight. I wanted a quick turnaround, but I didn’t get a quick turnaround.

“I just got myself in the gym, I closed myself off to media, I grounded myself, I just figured out what my values were, and I really honed in on my values. I went to a place where I just had to rebuild myself from scratch. Here we are, a week away, and I feel great.”

Ige, still No. 13 in the official UFC 145-pound rankings, looks forward to showing he’s still a fighter worth paying attention to – and that he shouldn’t be counted out as a future title contender just yet.

Just how will he do that? With a different approach in the cage.

“The theme is onward, the theme is offense and taking this sh*t back,” Ige said. “For a while I was on the defense, I was countering, I was just sitting back. Now it’s time to start taking this sh*t back and get on the offense again. Make a statement, make it known that I’m still a threat, and I’m still a potential contender to fight for the belt, and I will make that known.”