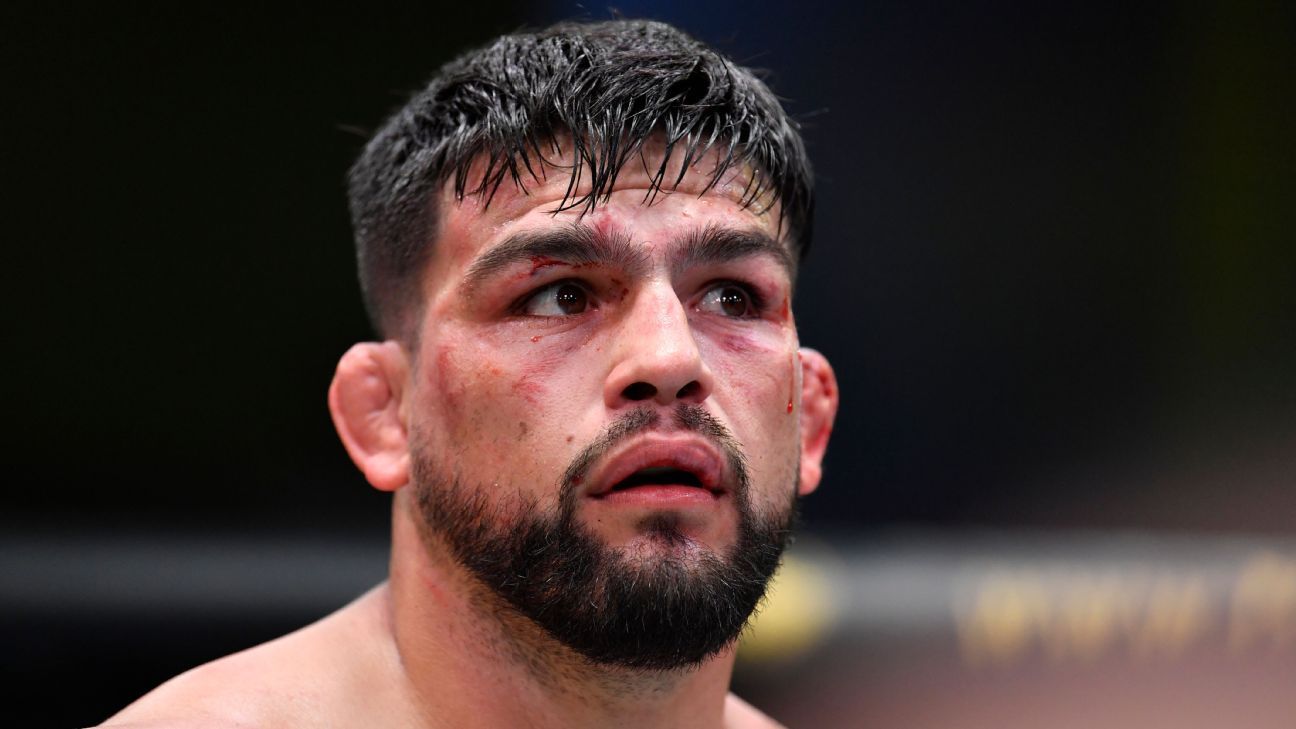 The UFC’s first main event of 2023 has taken a hit, as Kelvin Gastelum has withdrawn from a five-round middleweight bout against Nassourdine Imavov on Saturday in Las Vegas.

Gastelum withdrew due to an injury to his mouth, sources told ESPN. Middleweight contender Sean Strickland has agreed to replace Gastelum on the card and will face Imavov in a five-round, 205-pound main event.

Saturday’s UFC Fight Night event will take place at the Apex in Las Vegas. UFC officials confirmed the switch in the main event.

Imavov (12-3) is looking to continue his move up the rankings, as he has won three in a row against Ian Heinisch, Edmen Shahbazyan and Joaquin Buckley. He is currently No. 12 in the UFC’s official rankings.

For Strickland (25-5), who trains out of Las Vegas, this will mark his second consecutive headliner on the UFC’s schedule. The UFC closed out 2022 with a middleweight main event between Strickland and Jared Cannonier. Strickland lost by decision.