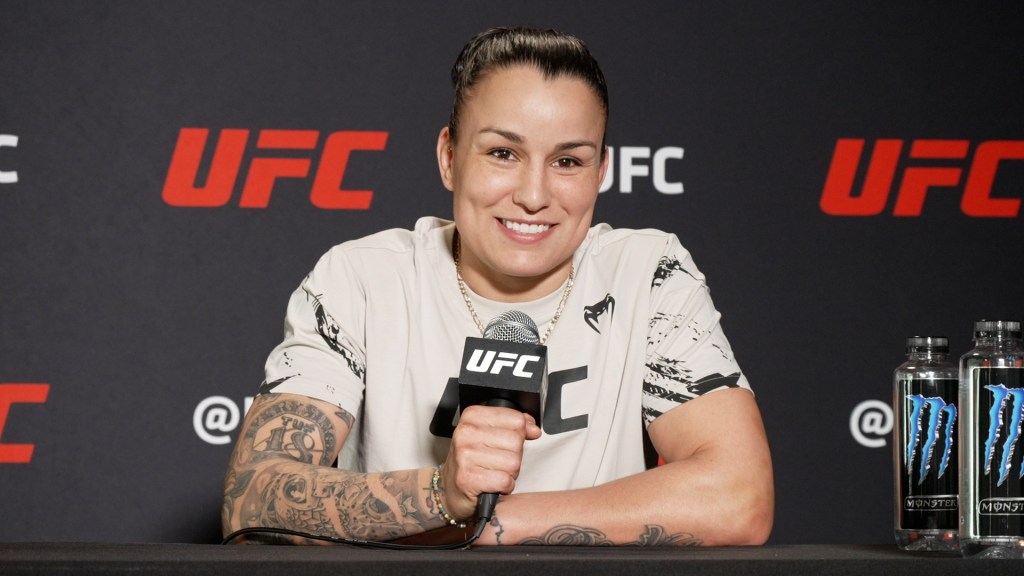 LAS VEGAS – Raquel Pennington expects to emerge as a UFC women’s bantamweight title contender with a win over Ketlen Vieira.

A win over No. 2-ranked Vieira would be her fifth consecutive for the former title challenger, who views this fight as a No. 1 contender bout.

“I expected this fight, honestly,” Pennington told reporters, including MMA Junkie, at UFC Fight Night 217 media day. “I would be surprised if it wasn’t this one. I’m just excited. Great opponent, great opportunity, and that’s exactly what I’m seeing this as. She’s just another stepping stone in my way back to that world title shot.”

Pennington is expecting a baby with her wife, UFC strawweight Tecia Torres in June, but that won’t set her back from her pursuit of gold. She hopes for a quick turnaround with a win over Vieira.

“I’m on a roll. You can’t deny me, “Pennington said. “Five-fight win streak after Saturday, I’m right there. Give me my world title shot back. They’re gonna do what they do. I don’t know what Amanda (Nunes) is doing at this point and everything else, but I would actually love to fight Saturday, come out of the fight healthy, and then take a couple of weeks off, enjoy myself, breathe a little bit. And then I would love to fight in May and have that opportunity, and then the baby is born in June, and then focus on being a mom for a little bit.”

Photos: Tecia Torres through the years 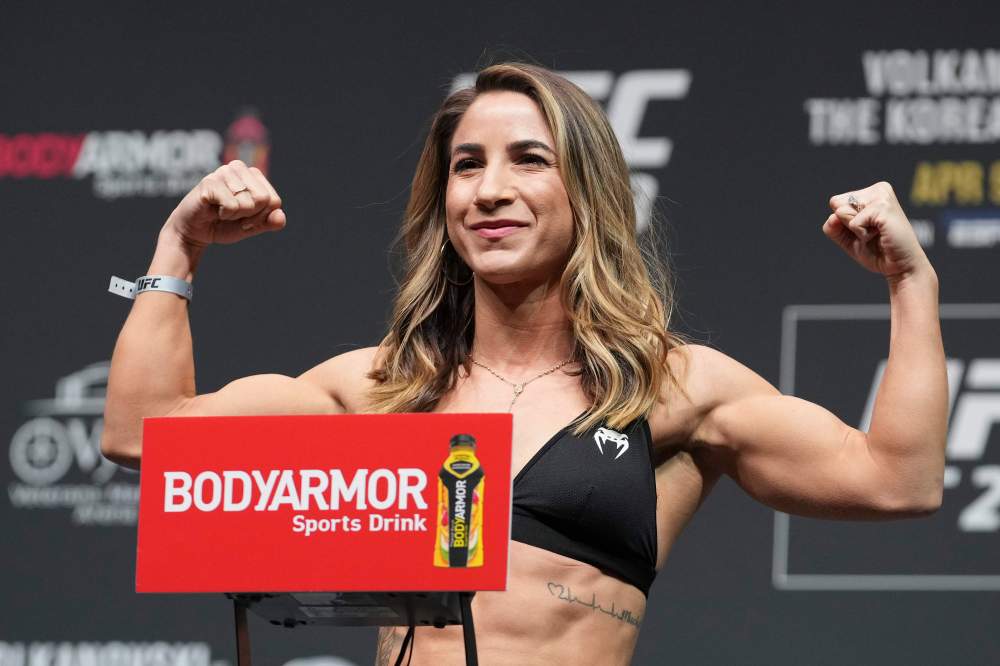