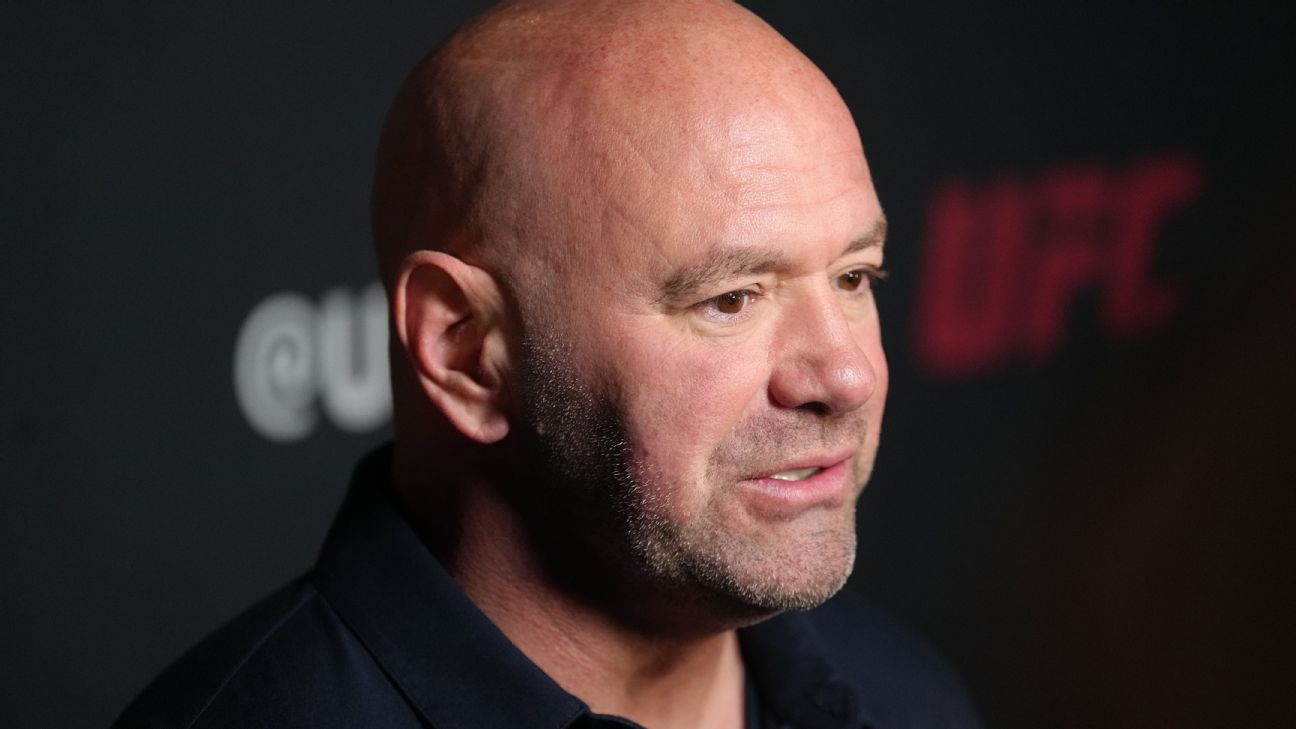 LAS VEGAS — UFC president Dana White told reporters Wednesday that no one should be defending his actions after he was caught on camera on New Year’s Eve in Mexico slapping his wife in a nightclub’s VIP section.

Appearing before media members at the UFC’s Apex to answer questions about the physical altercation for the first time, White, 53, also said he did not want his situation to take the focus away from athletes set to compete at this weekend’s UFC Fight Night.

Earlier this month, White publicly apologized for the altercation in a video interview with TMZ.

“The focus is on [the fighters],” White said. “These guys have trained hard and gotten ready for this fight. What happened on New Year’s Eve is mine. My mistake. Not theirs.

“One thing I do want to clarify in this thing that I didn’t talk about on TMZ, because I didn’t expect it or I didn’t see it coming, is the people that are defending me. There’s never an excuse. There’s no defense for this, and people should not be defending me, no matter what. All the criticism I’ve received this week is 100% warranted.”

Wednesday’s impromptu news conference comes at a time when White’s primary business partners have declined to comment on the matter. ESPN, the UFC’s domestic broadcast partner, has declined comment. So has Endeavor, parent company of the UFC, and TBS, the broadcast partner of Dana White’s Power Slap League.

White said that internal discussions regarding the incident have taken place, including with ESPN, and that he has already been dealing — and will continue to deal with — his “punishment” from the incident.

“What should the repercussions be?” White said. “I take 30 days off? How does that hurt me? I told you guys as we were going through [the COVID-19 pandemic], COVID could last 10 years, and I could sit it out. It’s much like COVID, actually. Me leaving hurts the company. Hurts my employees. Hurts the fighters. Doesn’t hurt me. I could’ve left in 2016 [when the company was acquired by Endeavor]. Do I need to reflect? I’ve been against this. I’ve owned this. I’m telling you that I’m wrong.

“Here’s my punishment: I have to walk around for however long I live — and this is how I’m labeled now. My other punishment is that I’m sure a lot of people — whether it be media, fighters, friends, acquaintances — who had respect for me might not have respect for me now. There’s a lot of things I have to deal with the rest of my life that’s way more of a punishment than, what, I take a 30-day or 60-day absence?”

White did not outline any changes to UFC policy regarding its athletes and domestic violence, which has varied on a case-by-case basis. White has stated in the past, “You don’t bounce back from putting your hands on a woman,” and he said Wednesday that that is still the case.

“You don’t bounce back from this,” White said. “For the rest of my life, people will label me that. I did it.”

Video of the incident showed Dana White slapping his wife, Anne, in the face, after she slapped him during a verbal altercation. In a separate statement to TMZ, Anne White said that the matter was an isolated incident and that it was out of character. The two have been married for 27 years and have three children together. They reside in Las Vegas, where Dana White has served as president of the UFC since 2001.