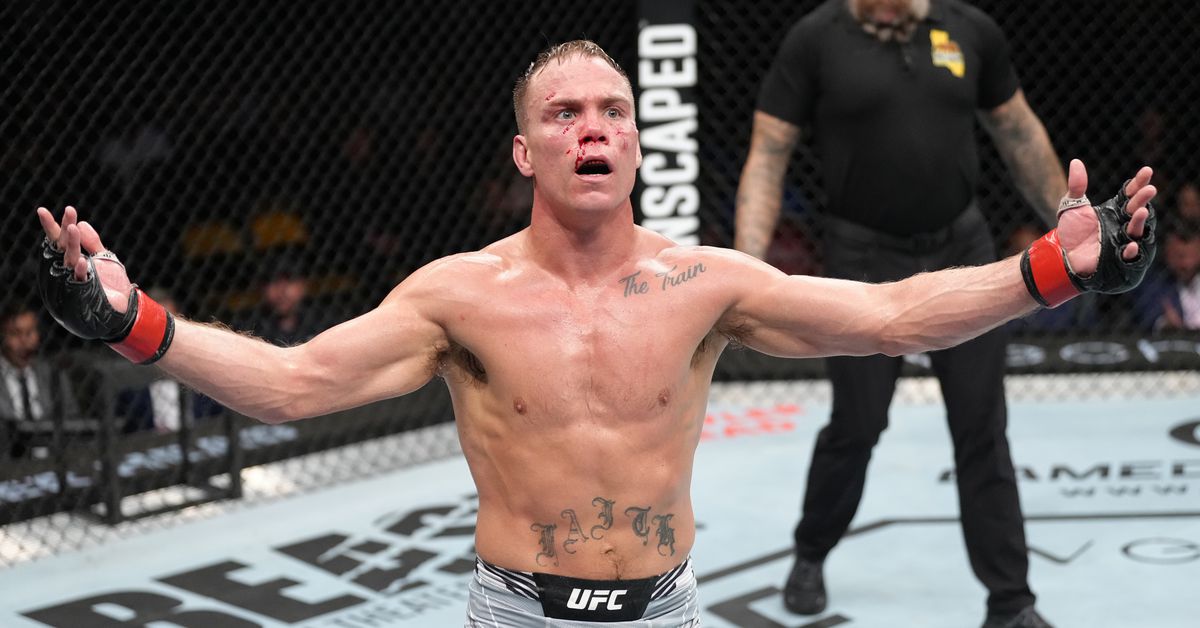 San Antonio fight fans have a Featherweight firefight on their hands! A first report from BRKRZ revealed that 145-pound veteran Alex Caceres will take on heavy-handed brawler Nate Landwehr on March 25 at AT&T Center in San Antonio, Texas.

No. 15-ranked Caceres (20-13-1 )has been in excellent form lately. “Bruce Leeroy” has seen his fair share of ups-and-downs in his twelve years on the UFC roster, but he’s rarely looked sharper than in the last couple years. He’s won six of his last seven fights, notably scoring a tremendous head kick knockout win in his last appearance opposite the surging Julian Erosa.

Landwehr (16-4) enters this match up following a different kind of bonus-winning performance. He’s also shown significant improvement in his last two fights, and he was well on his way to securing an early stoppage last time out against David Onama. Instead, the fight devolved into absolute chaos, resulting in one of the most wildly entertaining slugfests in recent memory. The former M-1 champion has stopped eight foes via knockout, and it’s a safe bet he’s gunning for number nine.

A spot in the Featherweight rankings is on the line. Who walks away with a number by their name?

MMAmania alum Andrew “Bulldog” Coyne will be picking up the A-1 Combat Featherweight title tomorrow evening. Tune in on Fight Pass!

Fans and fighters alike are having fun with Dana White’s press conference “punishment.”

yes, i have illegally streamed every PPV i’ve ever watched

When I was suspended from winning bonuses for 3 fights for cursing at the crowd and wrecking a hotel room, I think the better punishment would have been to be known as a crowd cursing hotel wrecker @danawhite https://t.co/lcIYqyt2n9

It’s been reported that Joel Alvarez will NOT be fighting Zubaira Tukhugov at UFC 284, which is quite unfortunate.

Try to find a dumber sport than MMA — it cannot be done! That’s why it’s the best.

Zac Pauga is dropping down to Light Heavyweight for his sophomore UFC performance, and he’ll meet former Middleweight Jordan Wright.

Amateur MMA or not, this is a brutal knockout.

There are worse ideas than listening to your coach.

A very, very knockout along the ropes courtesy of Caposa’s hard drive: