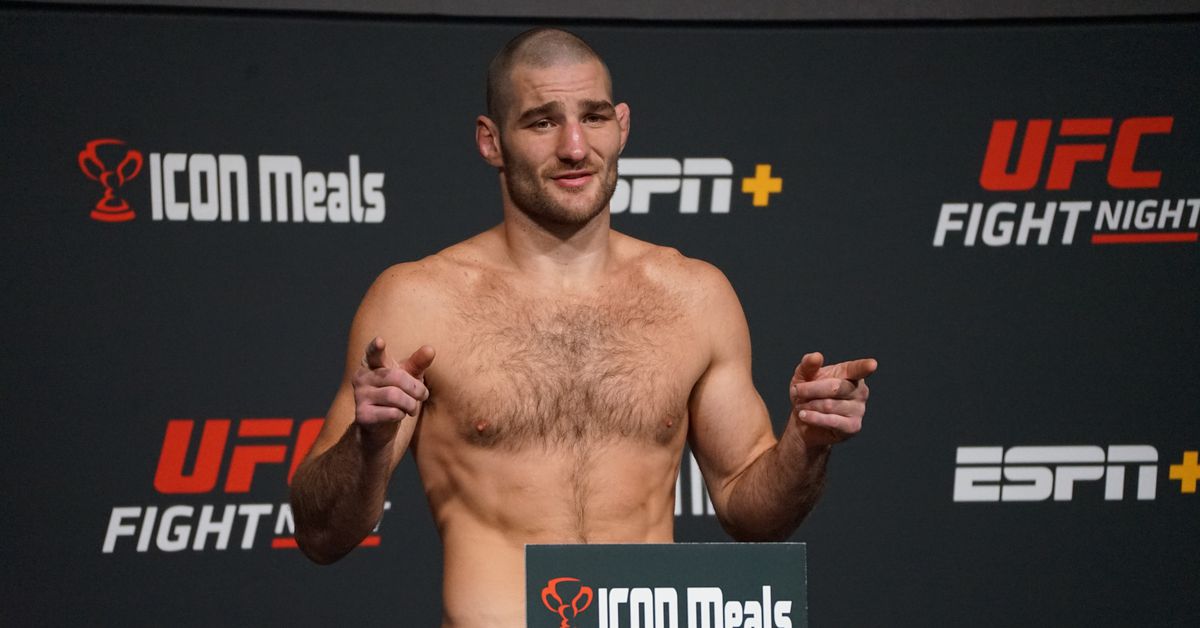 At the UFC Vegas 67 weigh-ins, all 24 fighters on Saturday’s fight card in Las Vegas will step on the scale Friday. MMA Fighting will have highlights of the official weigh-ins when available.

In the main event, Sean Strickland and Nassourdine Imavov can weigh no more than 206 pounds, the maximum allowed for their non-title light heavyweight fight. The middleweight contenders are competing a division up to accommodate Strickland stepping in to replace an injured Kelvin Gastelum on less than a week’s notice.

*Eubanks did not weigh in. She has been forced from her fight with Cachoeira to withdraw due to weight management issues