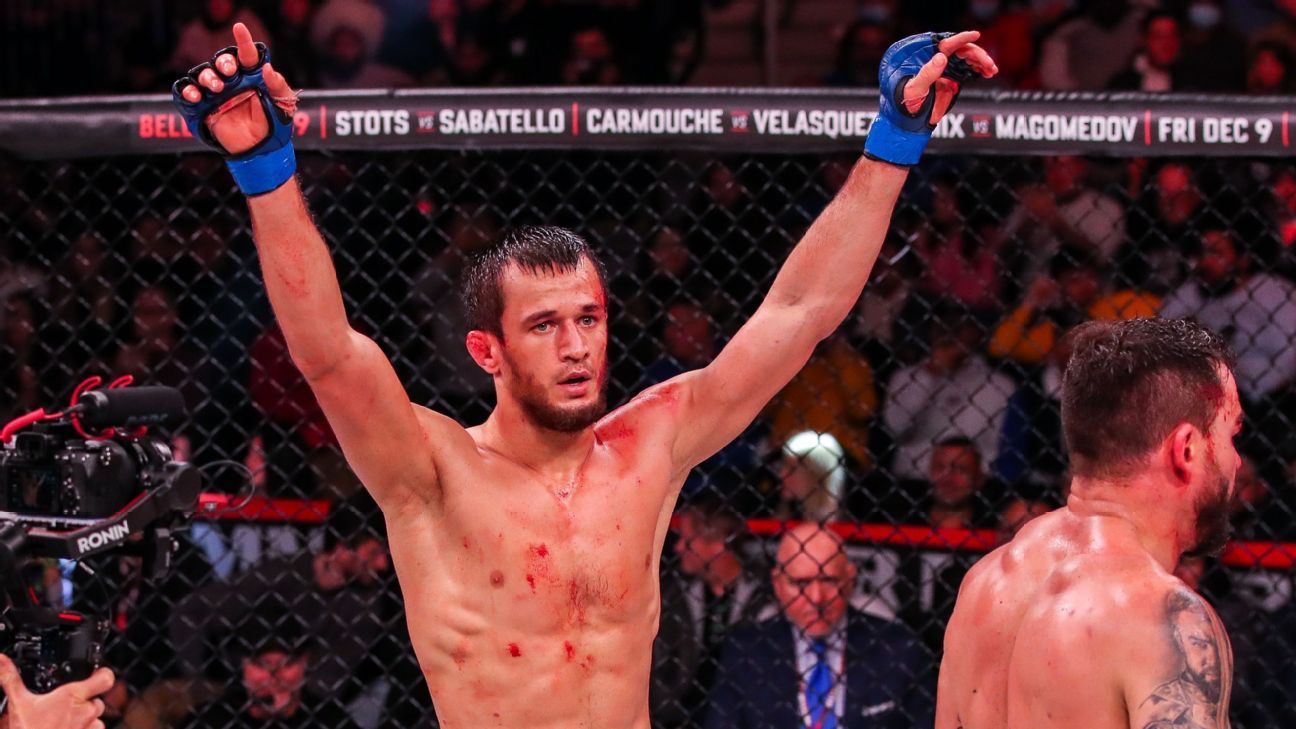 Usman Nurmagomedov has been Bellator lightweight champion for less than two months, and already he is being asked to run a gantlet of challengers.

“It’s going to be awesome. It’s going to be a really fantastic tournament,” Bellator MMA president Scott Coker said on “The MMA Hour.” “It’s something we promised the fans, and if you look at our lightweight division, it’s really stacked. Excited for those guys to all get it on.”

The 155-pound division will be the sixth weight class featured in a Bellator World Grand Prix with $1 million awarded to the winner. The ongoing tournament at bantamweight will conclude this year with a finals matchup between interim champ Raufeon Stots and Patchy Mix, with the winner earning a shot at injured champion Sergio Pettis.