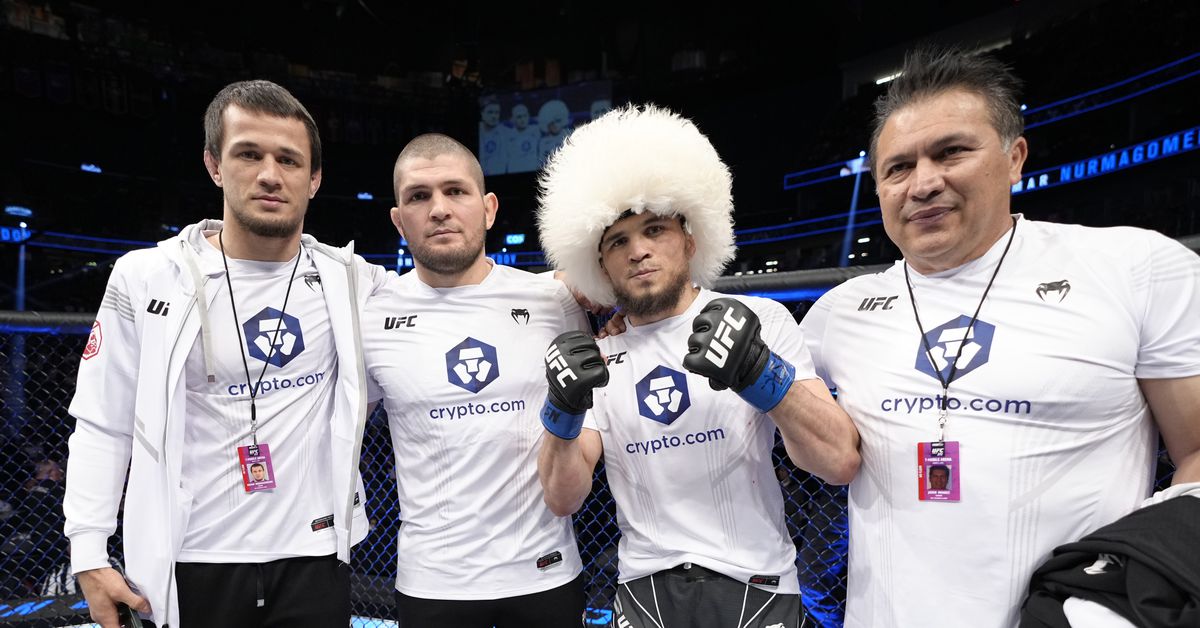 On Saturday, Khabib extended some good wishes to his cousin, Umar Nurmagomedov, via social media. The undefeated bantamweight contender (15-0 ) will put his perfect record on the line in a main card matchup against Raoni Barcelos later tonight (Sat., Jan. 14, 2023) at UFC Vegas 67 live on ESPN+ from inside UFC Apex in Las Vegas, Nevada. It is Umar’s chance to push his current UFC record to 4-0 and take one step closer toward title contention.

Khabib wanted to wish his cousin good luck ahead of tonight’s fight by offering the below message. It’s simple, but Khabib is often a man of few words.

“Diamonds are made under high pressure” wrote Khabib (per Instagram’s translation). “Time to shine brother.”

Nurmagomedov, 26, has in fact shined since his UFC inception back in 2021. He has captured wins over notable fighters such as Brian Kelleher, Nate Maness, and Sergey Morozov. Barcelos will be his stiffest test to date, but Umar is still a massive -850 betting favorite, whether or not Khabib is in his corner for UFC Vegas 67.

What do you think? Does Umar get it done at UFC Vegas 67 or are we in store for an upset?

Remember that MMAmania.com will deliver LIVE round-by-round, blow-by-blow coverage of the entire UFC Vegas 67 fight card right here, starting with the ESPN+ “Prelims” matches, which are scheduled to begin at 4 p.m. ET, then the remaining main card balance (also on ESPN+) at 7 p.m. ET.

To check out the latest and greatest UFC Vegas 67: “Strickland vs. Imavov” news and notes be sure to hit up our comprehensive event archive right here.