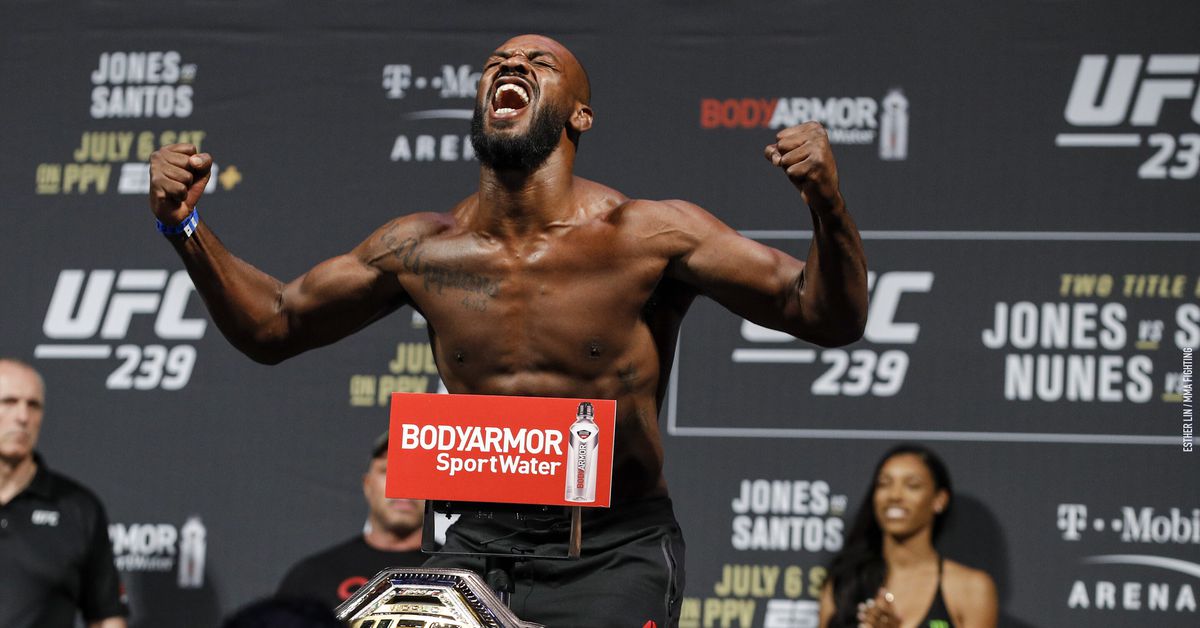 The long awaited return of Jon Jones might be the biggest question yet to be answered as the fight schedule for 2023 starts coming together.

With the announcement that he’ll finally debut at heavyweight at UFC 285 on March 4, the longest reigning 205-pound champion in UFC history will embark on arguably his biggest challenge to date. Jones has documented for the better part of the last three years how he’s been systematically adding size to his body in order to deal with larger, stronger opponents that he’ll face at heavyweight.

While there are certainly no guarantees how much success Jones will find in a new weight class, UFC color commentator and analyst Paul Felder expects Jones to adapt to his surroundings rather well and perhaps even become a better, more dangerous version of the fighter last seen in early 2020.

“I think as long as he uses what makes Jon Jones the superstar and the champion that he was — his fight IQ and figuring guys out and how to approach them — I think as long as he can do that, I think [heavyweight] might even be a little bit easier,” Felder explained on The Fighter vs. The Writer. “Because at light heavyweight guys are a little bit faster, they’re not quite as big.

“If he gets these big lumbering guys and makes them miss, makes them make mistakes and uses his footwork, uses his angles, uses his takedowns, I mean he’s so good everywhere. He’s got great boxing, great elbows from distance. I think those are the things that he’s got to do.”

If there was one major complaint about Jones’ performances during his career, it’s that he can get complacent at times and allow his talent to supersede actual preparation and an intense training camp.

Jones has openly admitted in the past that he’s taken some opponents lightly or not put forth the effort to get ready for certain fights after largely dominating what would be considered the best competition he’s faced throughout his career.

In particular, Jones’ last three fights saw him walk away victorious each time but he almost seemed disinterested at moments, particularly in razor-close decisions against Thiago Santos and Dominick Reyes.

“I don’t want to say he got lazy towards the end of his light heavyweight career but he had beaten everybody,” Felder said when addressing Jones’ final few fights at 205 pounds. “I think he was getting a little lackadaisical in there.”

With better challenges and more dangerous opposition awaiting him at heavyweight, Felder expects Jones to be plenty motivated when he competes again.

“When he makes his return at heavyweight, I think they’ll be a little bit more ‘I’m not f****** around here, this isn’t my 12th title defense, I need to go out there and get the job done,’” Felder said. “I think he’ll be looking to make a statement when he does comeback.”

As it stands, Jones is now scheduled to face Ciryl Gane to crown a new UFC heavyweight champion in the wake of Francis Ngannou leaving the promotion.

With that deal done, the waiting game to see Jones as a heavyweight appears to be over and it’s just in time because Felder knows the sand runs out of the hourglass for everybody eventually.

“Let’s get you in there before we’re saying how good Jon Jones could’ve been at heavyweight if he hadn’t taken X amount of years off,” Felder said. “I hate that this has taken his long.