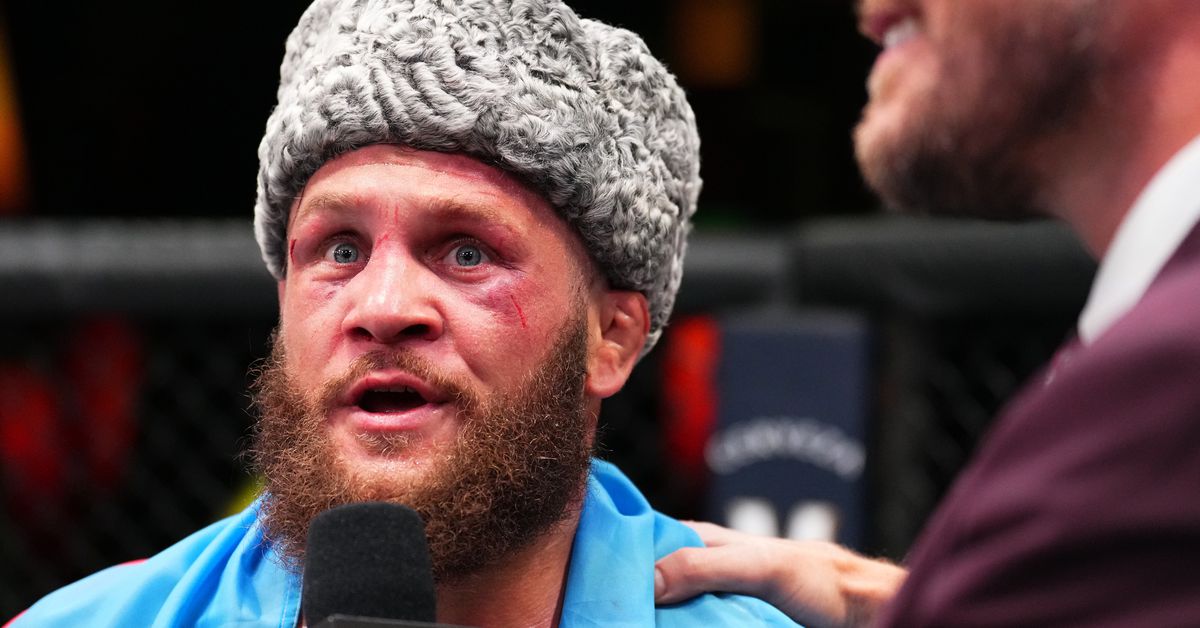 No. 6-ranked UFC Lightweight contender Rafael Fiziev has found some serious success inside the Octagon.

Though the accomplish kickboxer did lose his UFC debut back in 2019 to Magomed Mustafaev, he’s been flawless since. “Ataman” has won six straight fights, most recently stopping Rafael dos Anjos in the fifth round of their UFC Vegas 58 main event in July 2022. Also notable is that Fiziev has won either a performance bonus or “Fight of the Night” honors in his last five fights.

In short, though we may complain about fighter pay fairly often, we can say with confidence that Fiziev is pulling a pretty decent income in recent years. He’s also an established striking coach at Tiger Muay Thai, which doesn’t hurt the bank account either. All of this is to say that it’s rather odd that Fiziev’s former training team, Phuket Top Team (PTT), is accusing him of skipping out on three month’s worth of rent payments.

Even more strangely, this accusation comes from the PTT Twitter account … in a reply to UFC Lightweight Renato Moicano? “Money” Moicano did fight Fiziev back in 2020, but he otherwise has nothing to do with the situation!

#PayYourRent Fiziev owes 3 months rent for over 3 years to Thai house owner.
Has written to them saying he would pay multiple times, but never has.

#PayYourRent Fiziev owes 3 months rent for over 3 years to Thai house owner. Has written to them saying he would pay multiple times, but never has. Doesn’t dispute owing rent just doesn’t want want to pay it. @Justin_Gaethje please collect the rent”

Phuket Top Team also claims to have the “paper work and messages to prove it,” though no such documents have emerged on Twitter as of yet. Fiziev has also yet to publicly respond.

Whatever the case with his Thailand housing situation, Fiziev’s career continues to trend upwards. After months of callouts, Fiziev has finally secured a showdown opposite Justin Gaethje on March 18 at UFC 286 in London, England.

Francis Ngannou has morals and a sense of self-worth, which has been widely frowned upon by the UFC/MMA community.

Eric Nicksick says they met with Dana and Hunter after the fight.

Francis told him in the car afterwards:

If I sign this deal. If I do this without making any change,
without doing all the things that I said I was gonna do, I’m just another sell out. #TheMMAHour pic.twitter.com/SPnlneZYWK

Cedric Doumbe saw what happened the last time Sean Strickland fought a kickboxing champ, and he wants some of that action! UFC, resign that man ASAP!

If UFC skips Curtis Blaydes over in favor of a Stipe Miocic title shot after all this time, that would be disappointingly par for the course.

would the winner of a Blaydes-Pavlovich potential fight get the title shot over Stipe? pic.twitter.com/RLFplf5uR4

Ion Cutelaba has been on the wrong side of several when-keeping-it-real-goes-wrong type highlight videos.

A quality scrap ends with a massive overhand connection:

Perspective is a tricky thing.