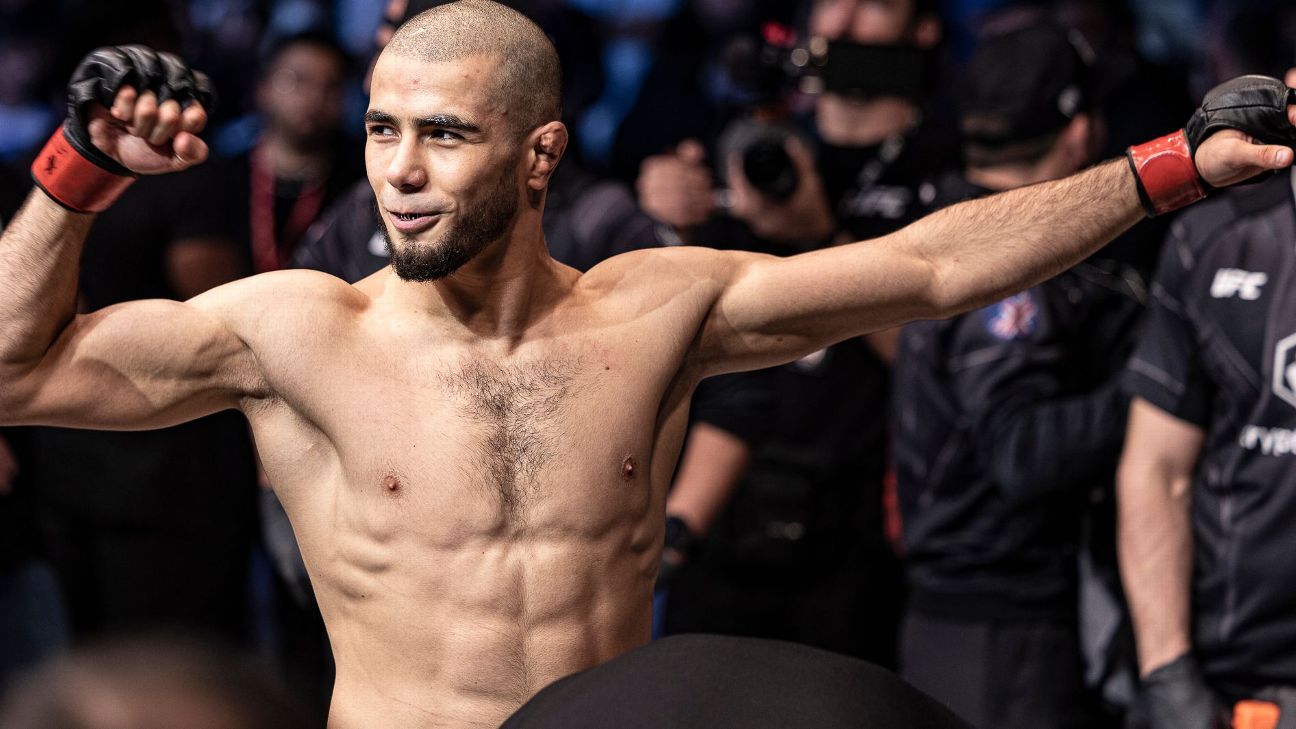 Muhammad Mokaev, one of the UFC’s top prospects, will take on promotional newcomer Jafel Filho later this year in London.

The 125-pound bout will take place at UFC 286 on March 18 at O2 Arena, UFC officials told ESPN. It will mark Mokaev’s fourth appearance in the UFC, three of which have taken place at O2 Arena.

Born in Dagestan and fighting out of England, Mokaev (8-0) is vying to become the youngest champion in UFC history. The 22-year-old is 3-0 so far in the UFC, with two wins by submission. He would need to win the UFC’s flyweight title by March 2024 to break the current record held by Jon Jones. Jones won the light heavyweight title in 2011 at age 23.

Mokaev has not been able to secure a ranked opponent yet inside the Octagon, but he is currently ranked No. 14 himself in the UFC’s official rankings. He underwent surgery late last year on a dislocated shoulder but made it known he intended to return in time for the UFC’s card in London.

Filho (14-2), of Rio de Janeiro, earned a UFC contract in August with an impressive third-round TKO on Dana White’s Contender Series. The 29-year-old has won five in a row going into his UFC debut, with five consecutive finishes.

A trilogy welterweight title fight between Leon Edwards and Kamaru Usman is set to headline UFC 286.