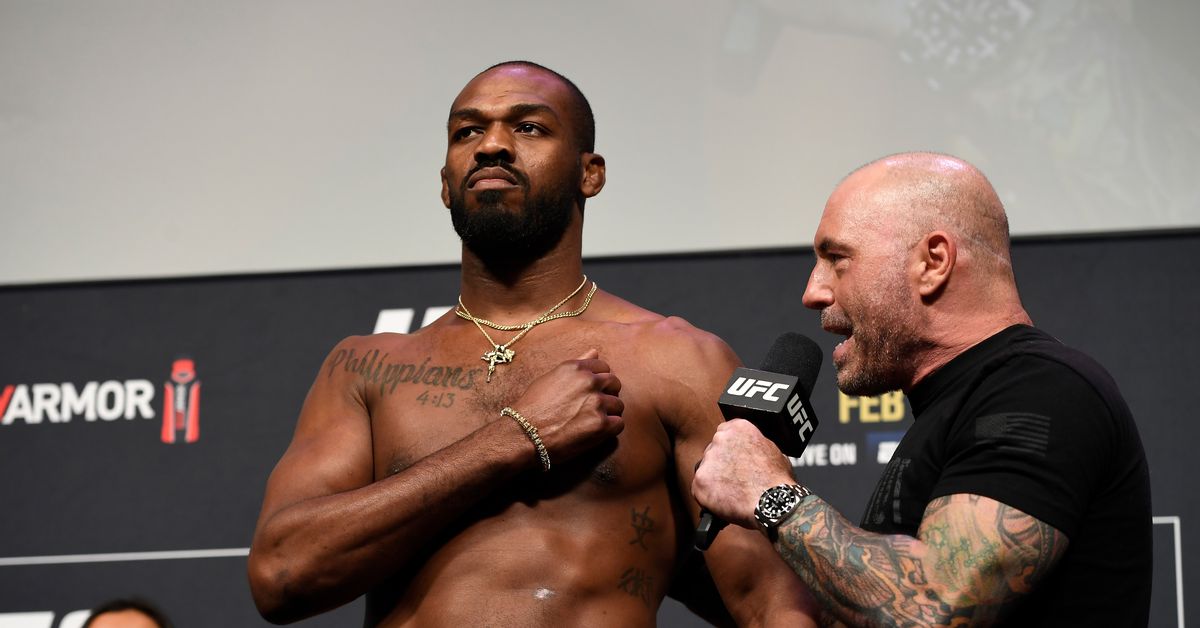 Credit to Rashad Evans, he called this one back in late 2011.

Former UFC light heavyweight champion Jon Jones believes he was anointed by God to become the greatest fighter of his generation, which is why “Bones” is confident he’ll retire from MMA with an undefeated record.

I guess his holiness was on vacation during the Matt Hamill fight. Either that, or referee Steve Mazzagatti is the devil, which would support this argument.

Regardless, Jones 3:16 says “Bones” will return at UFC 285 on March 4, whoop Ciryl Gane in the pay-per-view (PPV) main event, and continue on his blessed journey of excellence.

“I really believe in my whole heart that I was chosen by God Himself to be an undefeated fighter,” Jones told MMA Underground. “I really believe that with my whole spirit and my whole being. So not only do you have to beat me, but you have to beat the God I serve. I don’t believe that I was designed to lose. I may have close fights, but I truly don’t believe it’s possible for me to lose.”

The 35 year-old Jones (26-1, 1 NC) has not competed in nearly two years and will be moving up in weight to fight the No. 1-ranked heavyweight in the world. If “Bones” is going to overcome the odds (both literally and figuratively), then perhaps he’ll need a little divine intervention.

To see who else is fighting at UFC 285 click here.