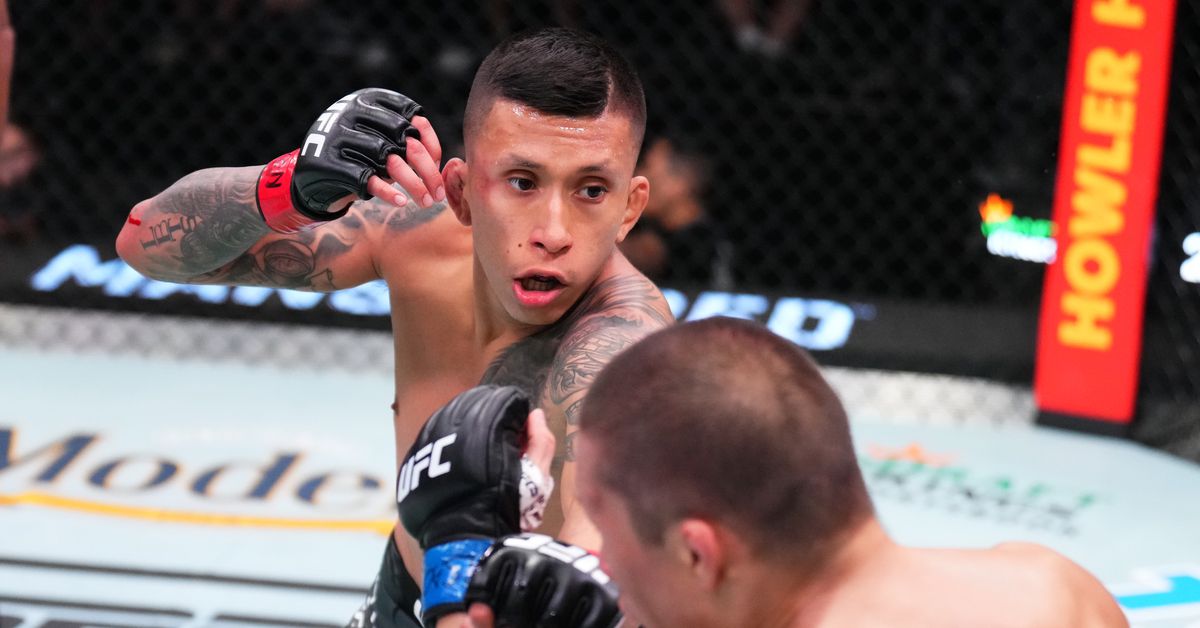 Flyweight Jeff Molina’s UFC career is on pause after the Nevada Athletic Commission on Tuesday suspended him for involvement “in some substantial way” in the James Krause betting scandal.

The UFC on Tuesday issued a statement to MMA Fighting confirming it will not book Molina in any bouts until the resolution of the several investigations into the scandal, which centers around suspicious betting activity in the Darrick Minner vs. Shayilan Nuerdanbieke fight at UFC Vegas 64. Krause coached Minner, who turned into a massive betting underdog just before the fight took place. Minner, who lost in the first round after suffering a leg injury, later revealed he had suffered the injury prior to the fight.

“Jeff Molina has been suspended by the Nevada State Athletic Commission and UFC will not schedule him for any bouts, whether in Nevada or elsewhere, pending the outcome of the commission’s investigation,” the UFC’s statement read. “UFC’s Athlete Code of Conduct strictly prohibits fighters and members of their teams from wagering on UFC events, and UFC will take all necessary action to enforce that policy. UFC remains committed to cooperating with the appropriate authorities while this matter is being investigated.”

The promotion amended its Code of Conduct several weeks prior to UFC Vegas 64 to prohibit fighters, coaches and their teams from betting on UFC fights. Fighters were still allowed to represent betting companies as a spokesperson.

Molina was part of the Glory MMA and Fitness team coached by Krause that was barred from competing in UFC events. Molina had been scheduled to face Jimmy Flick this past Saturday at UFC Vegas 67, but he soon after withdrew from the event.

Krause and Minner were subsequently suspended by the NAC for failing to disclose Minner’s leg injury. Molina, meanwhile, was issued a temporary suspension pending the Tuesday hearing that resulted in a suspension on Dec. 15, 2022 that will remain until the resolution of multiple investigations into the suspicious betting activity, which according to ESPN.com, involves the FBI and other gambling watchdogs.

After the suspicious line movement and confirmation of multiple investigations, New Jersey regulators barred Krause from betting activity, while several Canadian provinces paused UFC betting; one reversed its position after a review of the situation.

Damon Martin contributed to this report.