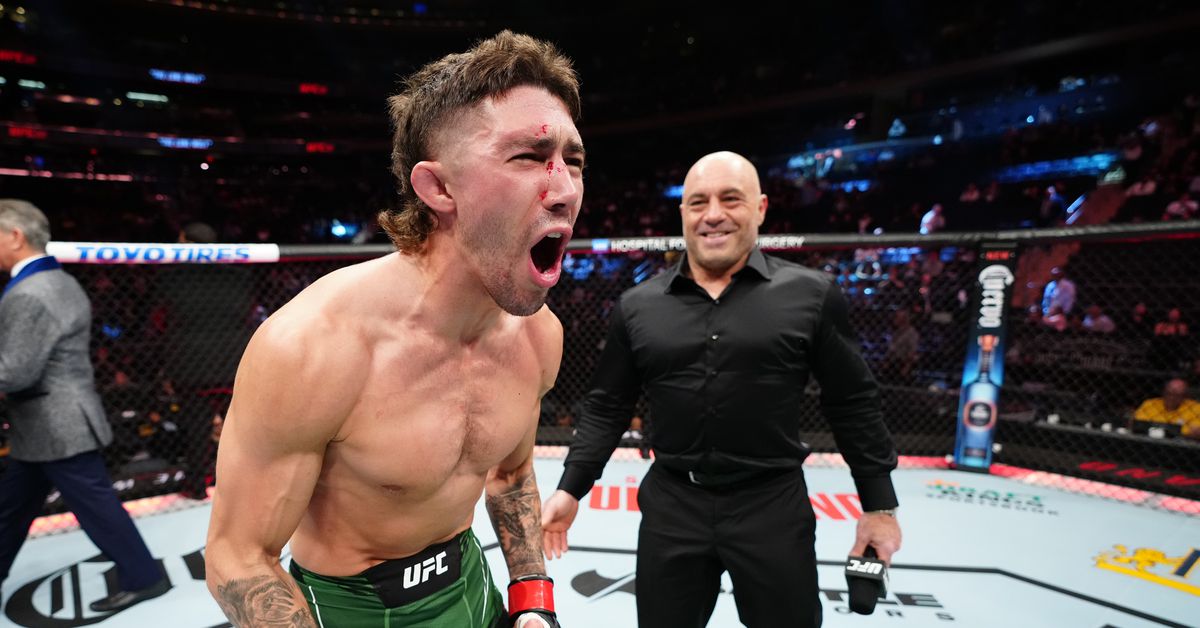 Admittedly, it’s been a slow period over the last month. There’s only been a single event in the last month, but that hasn’t prevented the promotion from clearing up space in the ranks. The turnover rate for newer fighters is growing, resulting in fairly common roster purges. Per automated Twitter account UFC Roster Watch, 11 athletes have been removed from the eligibility to be ranked, which means they’re off the roster for one reason or another.

Occasionally, this ineligibility could mean extended contract negotiations. Perhaps that’s the case for Trizano, as The Ultimate Fighter (TUF) champion did win his last fight against Seung Woo Choi in an exciting knockout, even if he did miss weight. Trizano fought out his UFC contract at UFC 281, and currently, it doesn’t look like he’s been brought back.

Eubanks is a fairly notable release as well. At one point, she was scheduled to fight for the women’s Flyweight title. Weight misses cost her that opportunity and perhaps now her career, as the combination of a loss and weight miss to Melissa Gatto in December 2021 marks the final performance of her UFC career.

Raulian Paiva is arguably the other name that really stands out on this list. Paiva has lost his last two fights, but the 27-year-old Brazilian also earned rankings at both Flyweight and Bantamweight during his time on the roster.

Fortunately for these released athletes, UFC is far from the only game in town. Professional Fighter’s League (PFL) is revving up for more million dollar tournaments this year, and One Championship seems focused on building their US audience. Opportunities to exist, and perhaps there’s even a YouTube boxing payout awaiting someone on this list.

The idea that Jon Jones is going to easily outwrestle the wildly talented Ciryl Gane is crazy to me. Francis Ngannou had the element of surprise on his side!

Rafael Fiziev shares a detailed account of his side of the Phuket Top Team rent drama.

Sometimes the UFC does the absolute bare minimum, and it’s really annoying. Other times, it’s off-the-wall hilarious. WHY?!?

Darren Till hasn’t won an MMA fight in ages, but he remains undefeated on social media.

Being able to fluidly switch between fighting inside and outside hip control is really vital in upper body cage wrestling.

James Gallagher will be removed from the Bellator rankings on their next update(Feb 7th) as he will no longer be eligible due to inactivity. All fighters required to compete in the previous 15 months.

Remember when Crypto.com was a UFC sponsor who awarded post-fight bonuses ..? That didn’t last long.

Don’t ever use @cryptocom ! They’re robbing people and if you have money there take it out!

Chatri: Doctor said Gantamur’s injury was “akin to a motorcycle accident, where leg completely detaches … nothing holding the knee together except muscle.”

“It was catastrophic. I don’t know if he’s out for a year or forever.”#ONEChampionshiphttps://t.co/fu58wp1oDq

The debut of an MMA legend.

Putting a hand on the ground makes any kick way cooler.

I was unable to determine from the online sleuthing whether or not this was deemed legal or not, but it’s a nasty soccer kick regardless.