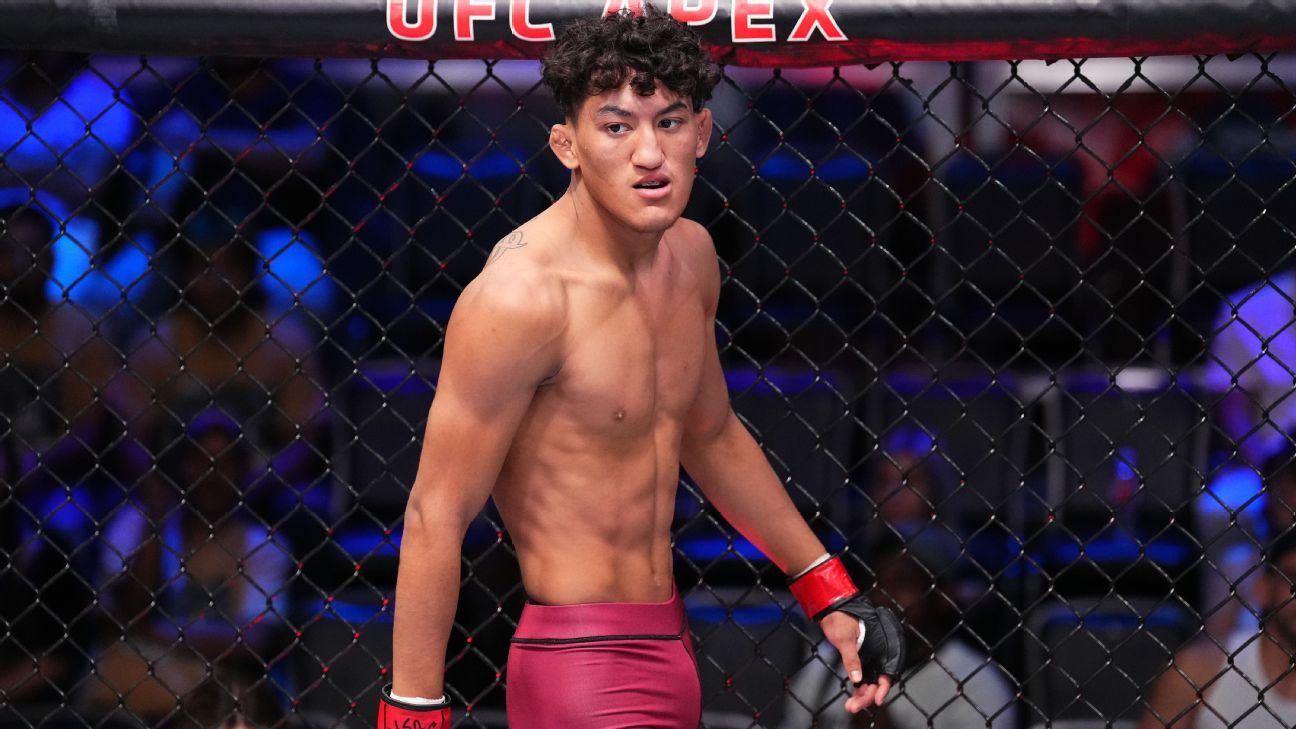 Raul Rosas Jr., the 18-year-old prodigy who became the youngest fighter to ever sign with the UFC, will return to the Octagon on April 8 to fight fellow prospect Christian Rodriguez at UFC 287, sources confirmed with ESPN on Thursday.

Former UFC champion Anthony Pettis, who represents Rodriguez under the Showtime Group agency, also posted about the fight on Instagram. A location has yet to be determined, and no main event has been set yet for the pay-per-view card.

Rosas (7-0) was 17 when he signed with the UFC last September. A Mexican-American fighter who lives and trains in Las Vegas, he beat Mando Gutierrez on Dana White’s Contender Series to earn a UFC contract. Rosas then beat Jay Perrin in his debut with the promotion via first-round submission at UFC 282 in December.

Rodriguez (8-1) is coming off a first-round submission win over Joshua Weems in October. The Milwaukee native is 1-1 in the UFC. Rodriguez, 25, trains out of Roufusport in his hometown and owns wins in CFFC, LFA and on Contender Series.

Eurosport was the first to report news of the Rosas-Rodriguez bout.