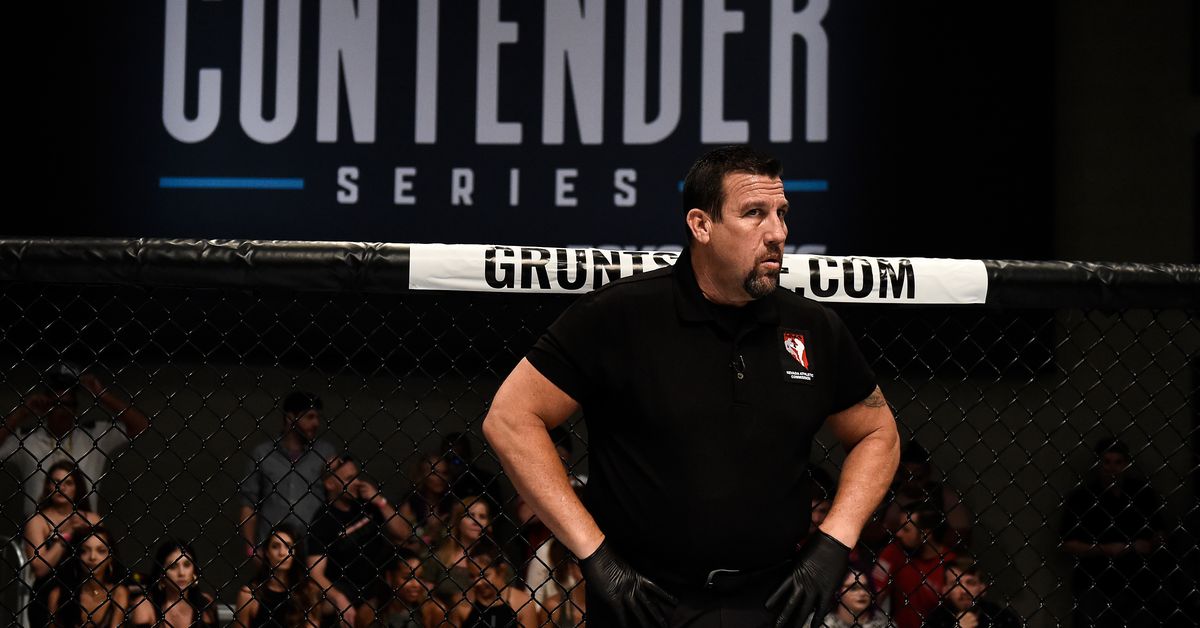 Last Wednesday (Jan. 18, 2023), Dana White’s Power Slap debuted on TBS. Reactions have been both strong and mixed to say the least. The entire sport is widely criticized as unnecessary and unsafe, which is perhaps why the debut show retained just a third of its professional wrestling lead-in for a paltry 300,000 viewers.

There’s more MMA connection to Power Slap than Dana White and social media reactions, however. Veteran UFC referees like Jason Herzog were working the event, doing their best to ensure athlete safety throughout the chaos. “Big” John McCarthy, a longtime referee who helped pioneer MMA’s rule set and officiating, was asked his thoughts on the entire situation, and he didn’t hold back.

“The skill level is only what God allows you to withstand,” McCarthy began on Twitter. “Handing out trauma to the brain with no ability to defend against it only makes this appeal to people wanting to see a train crash and that’s what they will get.”

Furthermore, McCarthy has unique insight on how the referees are being selected. Per the current Bellator commentator, there is no certification system at all. He believes that while the MMA referees are as good as it gets from prioritizing safety, they have to take a stand against slap fighting.

“They are being used in the same way boxing officials were first ‘Grandfathered’ in when MMA started being regulated,” . “You can’t have someone certified when there is no certification. But you cannot ask for someone better than Jason, Mark or Chris as far as knowing when’s enough.

“That being said, no licensed Nevada official should be taking any part in this. They should take a stand and say ‘No I’m not doing that.’ Every man involved will have to eventually account for their decisions. Sometimes the hardest road is the right road to take.”

Feel free to analyze further, but Deiveson Figueiredo appears to in great shape each and every time he’s fought Brandon Moreno.

I went back and put all of Figgy’s Moreno weigh-ins together to find basically no discernible difference at all, but I wasted my fucking time making it so here it is. pic.twitter.com/jcjcCawzgT

Conor McGregor is interested in some type of commentary/interviewing role on Power Slap.

I could potentially be the Joe Rogan of Power Slap.

Chris Gutierrez will get a big step up in competition against Pedro Munhoz after sending Franke Edgar into retirement.

Is it not a bit odd that UFC is advertising this weekend’s pay-per-view on the front of a famous religious statue? Jesus didn’t tap!

Luke Rockhold and has sparring partner throwing down:

Here’s a quick check-in on the world of fake martial arts — somebody send in Sean Strickland!

This doesn’t need to exist.

Bantamweight is the best division in the sport.

A beautiful bantamweight bout is set to take place on April 22nd. Song Yadong is back in action.

“The Lazy King” Abdoul Abdouraguimov scored an absolutely incredible come-from-behind win in the final minute of a five-round fight to secure a second title and perhaps UFC opportunity.

Meanness is an underrated skill in MMA, and Jamahal Hill has it in spades. That man fights RUDE!

Valid DQ or not?

Interesting DQ at ARES. Pawel Biernat threw a grounded knee to the head of Faycal Hucin, but it was blocked by Hucin’s forearm. Fight was stopped after Hucin couldn’t continue and Biernat was disqualified. #ARES11 pic.twitter.com/Yc1yCc0ZSQ