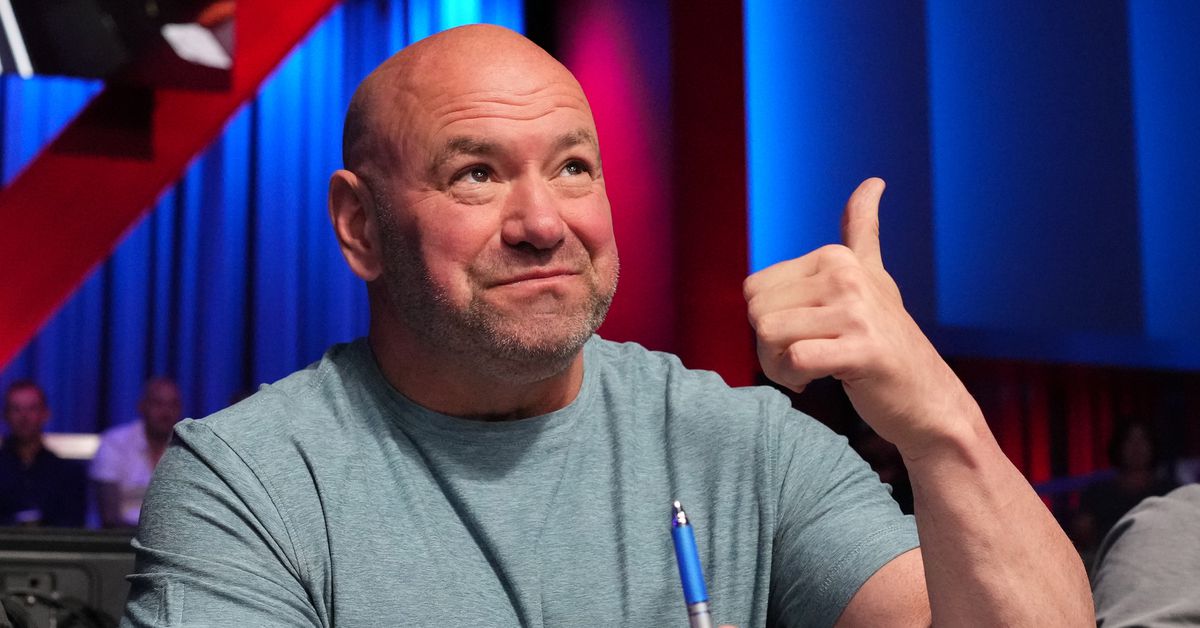 The “Teflon Don” has nothing on “Teflon Dana.”

Two and a half weeks after Dana White was caught on film slapping his wife at a nightclub, TBS went ahead with the debut airing of White’s Power Slap league. White somehow overcame the terrible optics and even worse search engine entanglements that came with the two slap events. There’s little doubt left as to whether he’ll escape getting seriously hurt by the domestic abuse incident which would have finished almost any other other public figure out there.

Many have wondered how the heck White does it, and many media outlets are more focused on the lack of repercussions than the incident itself. ESPN is out there in a hotdog costume asking who might possibly be responsible for punishing the UFC president. The answer in practical terms is ‘No one.’ Now Front Office Sports is writing a post-scandal wrap-up on the situation entitled ‘How Dana White Became Immune to Controversy.’

The most interesting part of Front Office Sports’ coverage is a series of quotes from anonymous former UFC employees that give your average non-UFC fan some insight into the strange insulated world White has created. It’s one where he is loved, lionized, and feared in equal amounts.

“Those inside [the sport] knew nothing was going to happen,” an ex-UFC employee said in the article. “Dana is that powerful. In any other sport, a league president putting his hands on his wife would lead to immediate action. It’s sad and disgusting at the same time.”

As for why White gets the special treatment from UFC parent company Endeavor head Ari Emanuel?

“He’s convinced Ari that he has the secret sauce,” a different ex-employee said. “Endeavor thinks that there’s nobody but Dana who can run UFC.”

Over the years, the UFC brand has been built into a massive juggernaut. Alongside it, White has worked hard to build his own brand. To most fans he’s a no-bullshit truth teller that does what has to be done to get prima donna fighters into the cage. To business execs, he’s the one who will shelve Jon Jones for three years rather than pay him Deontay Wilder money, preserving the fat profits that Endeavor stockholders have enjoyed since they bought the company in 2016.

Honestly, it’s that cut-throat approach to maintaining the pay scale above all else that probably keeps him secure in his position atop the UFC. Sure, he’s been known to splash fighters with cash here and there as well. But everyone knows how dangerous it can be to ask for more money from White. And that extends past the fighters to UFC employees.

“Dana will tip a doorman of a hotel $1,000, but if anyone comes to his office and asks for a raise, that pisses him off,” an ex-employee told Front Office Sports. “It’s so bizarre. To Dana, money is love. It’s not seen as an instrument to buy goods or services. If you are asking for money, it means you don’t love him. It’s very primitive.”

These unnamed former employees weren’t completely negative when talking about their former boss. To a person, they all told Front Office Sports they’d never witnessed White act physically violent with anyone else the way he did in the footage with his wife. That could be another mitigating factor in how he managed to coast out the other side of this scandal in the end … not like it would have saved anyone else in a similar situation.