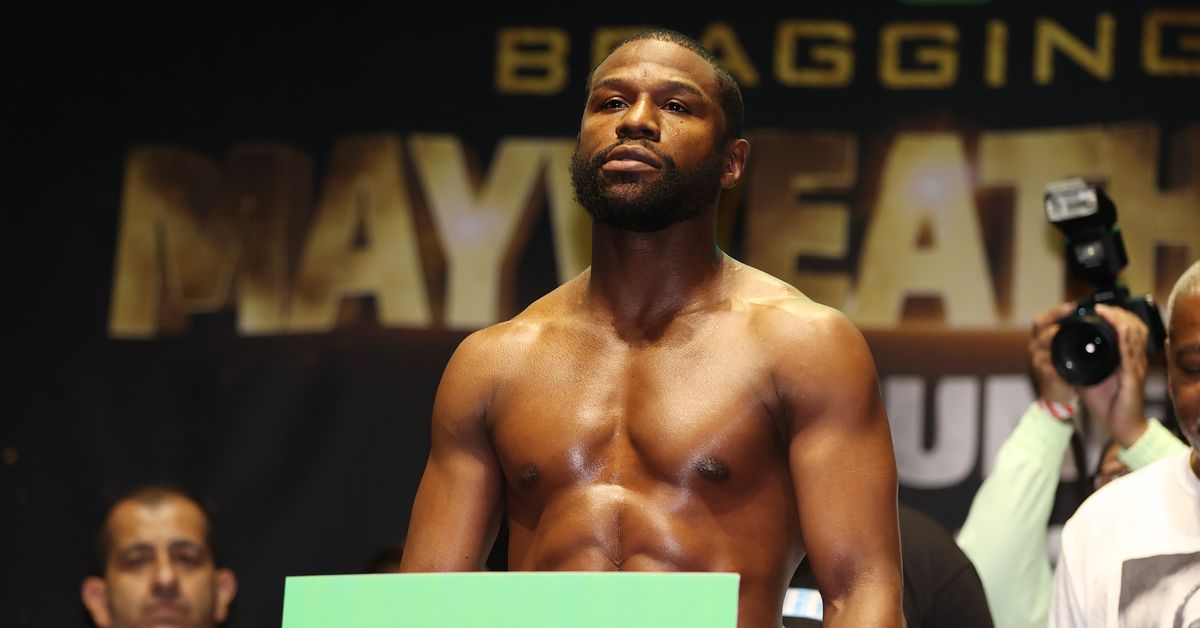 Floyd Mayweather is putting together quite a résumé of exhibition bouts since his retirement from professional competition. Now he’s booked his next matchup.

On Monday, Mayweather announced that he’ll be facing ex-Bellator fighter and reality TV star Aaron Chalmers on Feb. 25 at the O2 Arena in London, England. Chalmers also confirmed the fight via his own Instagram page, touting that “it doesn’t get much bigger than this for me.”

Since retiring with a perfect 50-0 record — with his final win coming over former two-division UFC champion Conor McGregor — Mayweather has stayed busy with a long string of exhibition bouts. He’s faced mixed martial artists, social influencers, and overmatched boxers while continuing to pad his fortune with what is likely a hefty payday every time he competes.

He initially announced a fight against ONE Championship Muay Thai fighter Liam Harrison, however that matchup fell apart almost as quickly as it came together. Harrison later revealed that he was dealing with an injury and remains under contract with ONE Championship, so he won’t be taking the fight with Mayweather.

That’s how Chalmers got the call. The 35-year-old Brit steps into the boxing ring for the first time ever after previously testing himself in mixed martial arts during a seven-fight career that included four appearances in Bellator MMA.

Chalmers went 2-2 with Bellator but ultimately retired from competition in 2021.

Now he’ll return to action with an exhibition bout against Mayweather with the fight scheduled on Feb. 25.